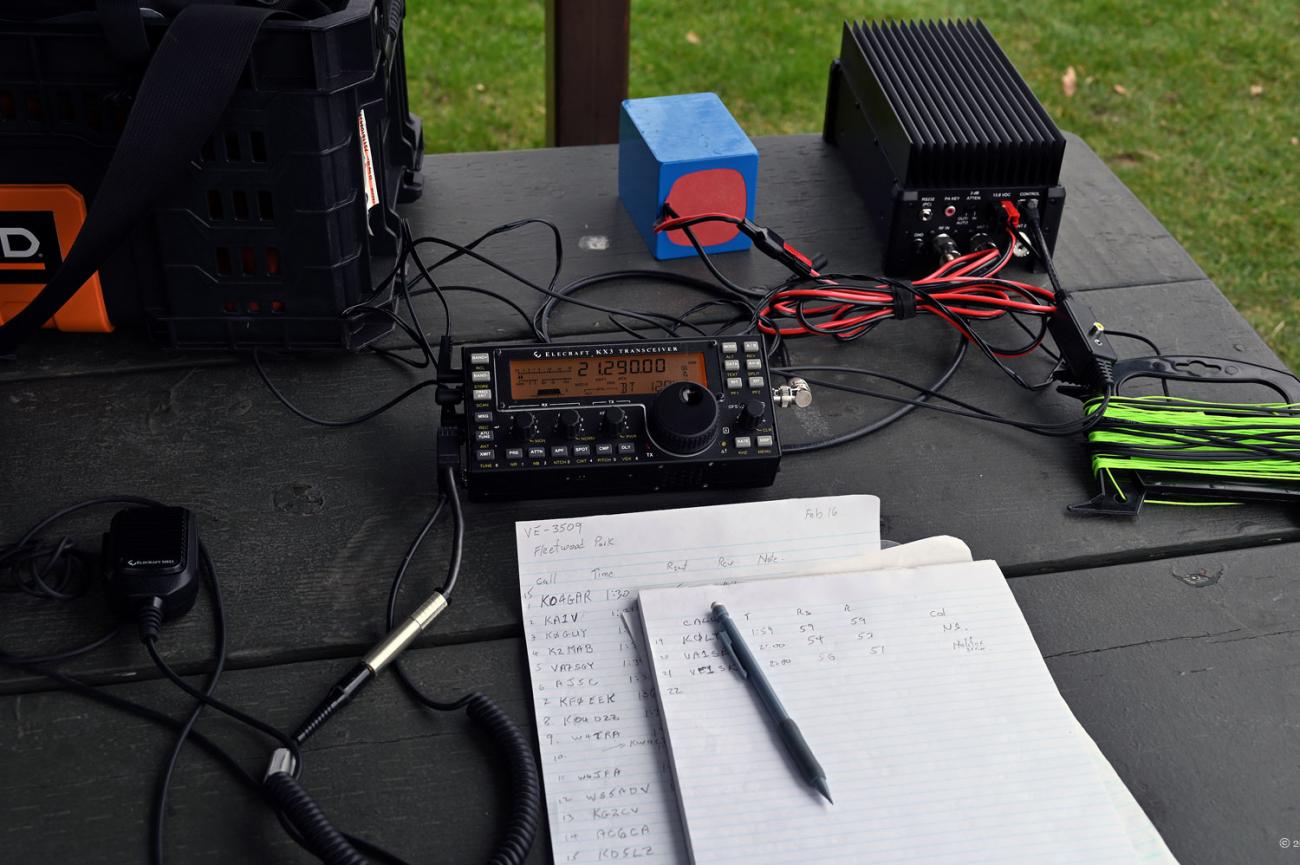 Ihave now completed 10 unique parks which earned me the Bronze Activator award. Not important in the scheme of world events but it still marks a small achievement. The Silver level is gained by reaching 20. So, I am starting on the second tier of activation. Ralph wanted to do a park not overly distant, he found a few in north Langley, but this was closer so we decided to do Fleetwood.  The side benefit of these activations is that we are seeing a part of Surrey we never knew existed!

Ralph arrived at my place at 1pm and we quickly loaded my gear into his car. We set off for 168th and drove along it to north Surrey, turning off on 80th. The park entrance is on 80th so we just had to drive until we reached it, an easy navigation. Arriving at the entrance we saw a large almost empty parking lot and we drove into a spot. We quickly surveyed the immediate area and found lots of open space including some covered tables. As I had forgotten my chair, I decided to use a table, Ralph continued a short way further to an open spot and there he set up his equipment.

I had the antenna up in short order and dialed in the 15m band. It was quite empty and I used the same frequency as last time. I had my first contact in the log at 1:30, the station was in California. Next was one in Massachusetts followed by Missouri. So, I was definitely getting out. I continued bringing in another every minute or so and by the time things quieted down I had over 20 contacts. All were on 15m so that was quite encouraging as the band has lots of open space at the moment, unlike 20m which can be crowded.

I continued calling, eventually getting a North Carolina, and a New Jersey station. I even worked two in Nova Scotia! So 15m did really well today and there was no need to switch to 20m. Ralph meanwhile was working on 17m doing CW. He was also getting stations from across the continent. When we packed up we learned that we both had 23 in the log. I was missing Alaska today but then there was a metal roofed picnic table between the antenna and those Alaskan operators.

We both felt quite good about the exercise and hope to do one of the Langley parks next week. It looks like there will be some rain in the way, so it may be late in the week. Done with radio, we drove to the regular Starbucks for a coffee and a chance to talk about the adventure.