Eric Kehler was born and raised in the Vancouver area and spent most of his childhood living in White Rock where he developed a keen awareness of the beauty of our local setting. His travels throughout North America have always reinforced his belief that we live in one of the most scenic environments found in our world, where there is so much variety within a short drive. 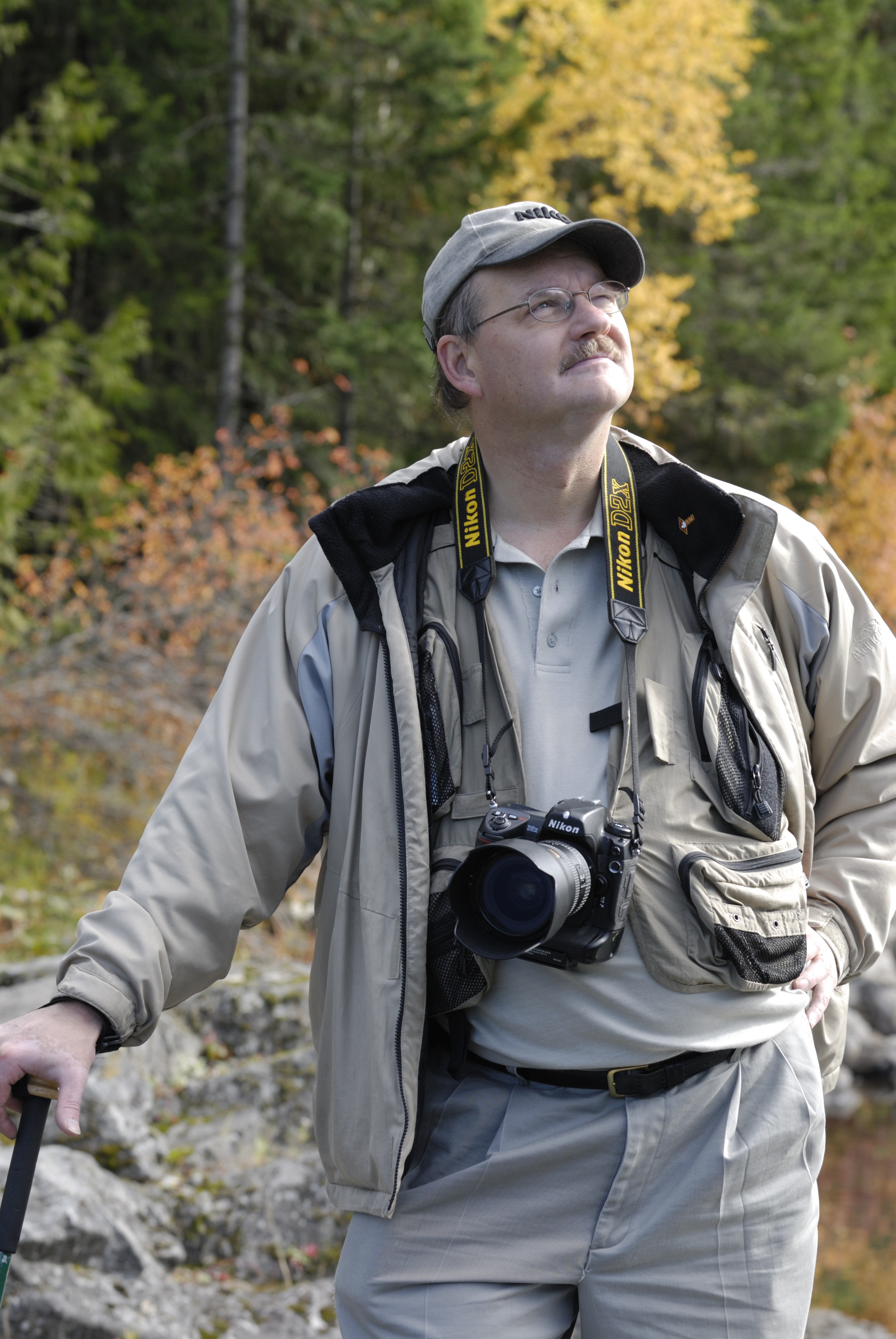 Eric enjoying a view of the Mt. Lindeman from the Chilliwack Lake beach.

Eric began his interest in photography as a teenager; he enjoyed taking photos of mountains and seashores and processing his photos himself. His pursuit of photography took a hiatus as he pursued his business career, but with the coming of sophisticated digital photography, his interest was rekindled. He had previously been concentrating on capturing Mountains, Sea Coasts and Sunsets, but has recently begun works depicting the diversity of the inland regions of Southern B.C., as well as some stunning and varied abstract still-life compositions.

Eric is married to Carolyn, and they have four grown children (Edwin, Geoffrey, Nicholas & Ethan), 3 of whom have a keen interest in photography, videography and art. They also have two Great Danes, Ulysses and Barty, and reside in White Rock, B.C.

Eric sees his work as an opportunity to share the natural beauty of the places he visits with those who are unable to be there themselves. Eric believes that there is an intrinsic beauty virtually everywhere and it is the photographer’s task to find it and then capture it to share with others. Although he considers his photographs as artworks, he also believes in minimal amounts of retouching.  His work covers a wide range of topics, some of which are specifically searched out, but the majority of them are discovered serendipitously through his travels in the country-side.