An Afternoon at Morningside 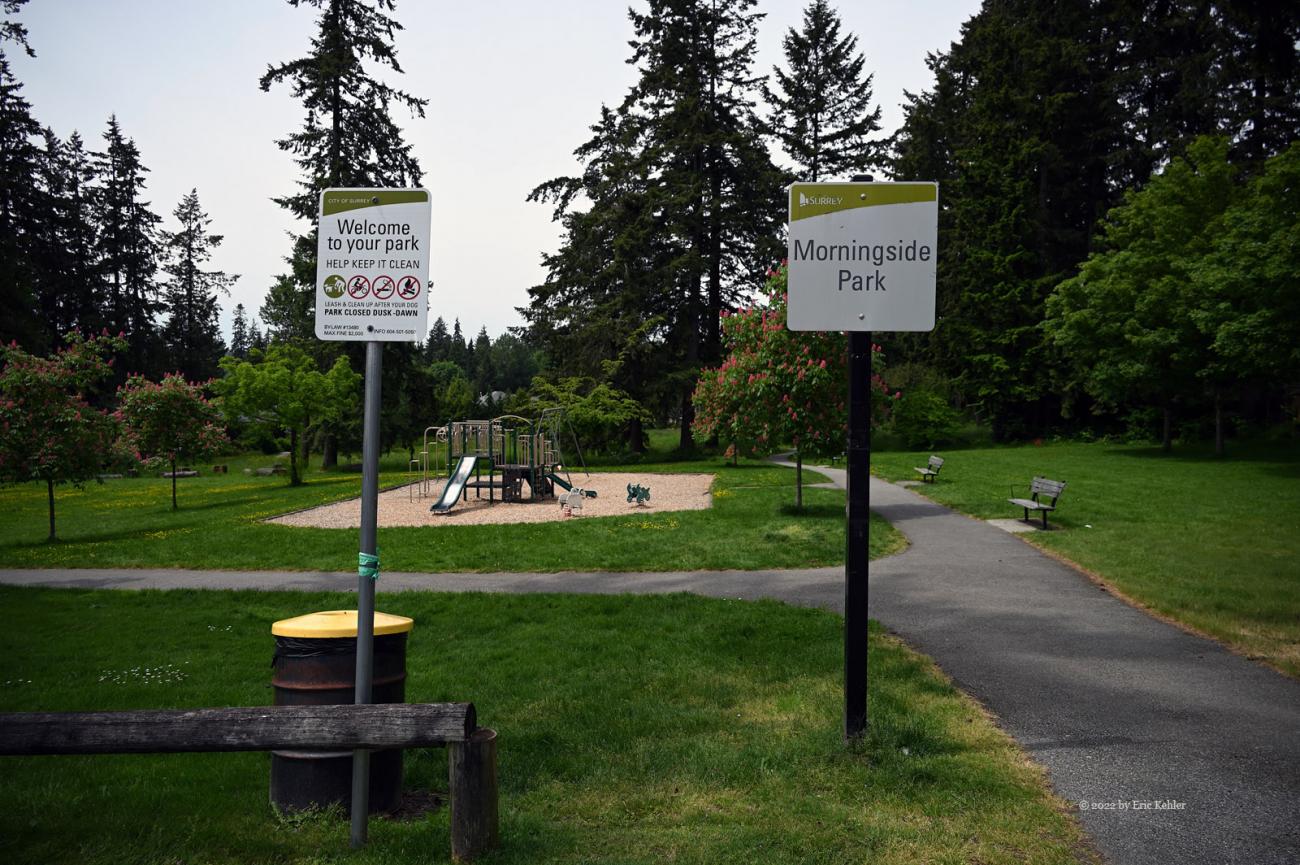 I had noticed this park on the map a month back and was waiting for a day when I could visit it. The day arrived and so I set out to explore the park and operate my radio. I left around 12:30 and arrived about 12:50, a short drive through central surrey. The ariel map of the park showed two large grass areas. The small front area shared its space with a kids playground. Upon arrival I noticed that the front grass was long and in need of a cut but the back was a field with unkept grass waist high. After a quick wander along the paved pathways, I settled on a spot in the front section.

I returned to the car and transferred my gear to the cart and then walked to the park cutting across the grass to where I would operate. I used a tree for the north end of my antenna and my post for the south. The map showed a string of mature firs separating the two park areas but a number of them had been felled and I was able to use the mound of a former tree for my post. Once set up, I dialed in the 15m band to try for some contacts.

I spotted myself on the list and started calling. After around 8 minutes with out a peep I decided to switch to 20m. Here I dialed in a new frequency and after spotting I started calling. Again there was only silence. Another 5 to 10 minutes passed with nothing. I decided to try to hunt for a station and went to dial in the park frequency only to notice that I was still on the 15m band! After all this time and calling I was not where I said I would be. So not only did I waste my time but likely a number of stations that may have hunted me would have given up!

After correcting my frequency setting, I started calling again and sure enough I started getting some responses. Soon I had the needed 10 in the log. A few stations were reporting that the band was in bad shape so it is no wonder that I was having a challenge getting the contacts made. I decided to stop at 13 contacts. I had hoped to reach more but it was quite enough for the day. I packed up the gear, and then gathered a couple more photos of the park. Most of the time I was calling there was a lone mother with her two children playing in the play area. She seemed quite occupied by her kids and only mildly interested in me. During this time another came by walking the full set of pathways picking up garbage as she went.

Once packed, I returned to the car and soon was on my way home. It was a pleasant outing and the park quite fine for radio work. Now if only the bands would cooperate.