Bear Hill on the go 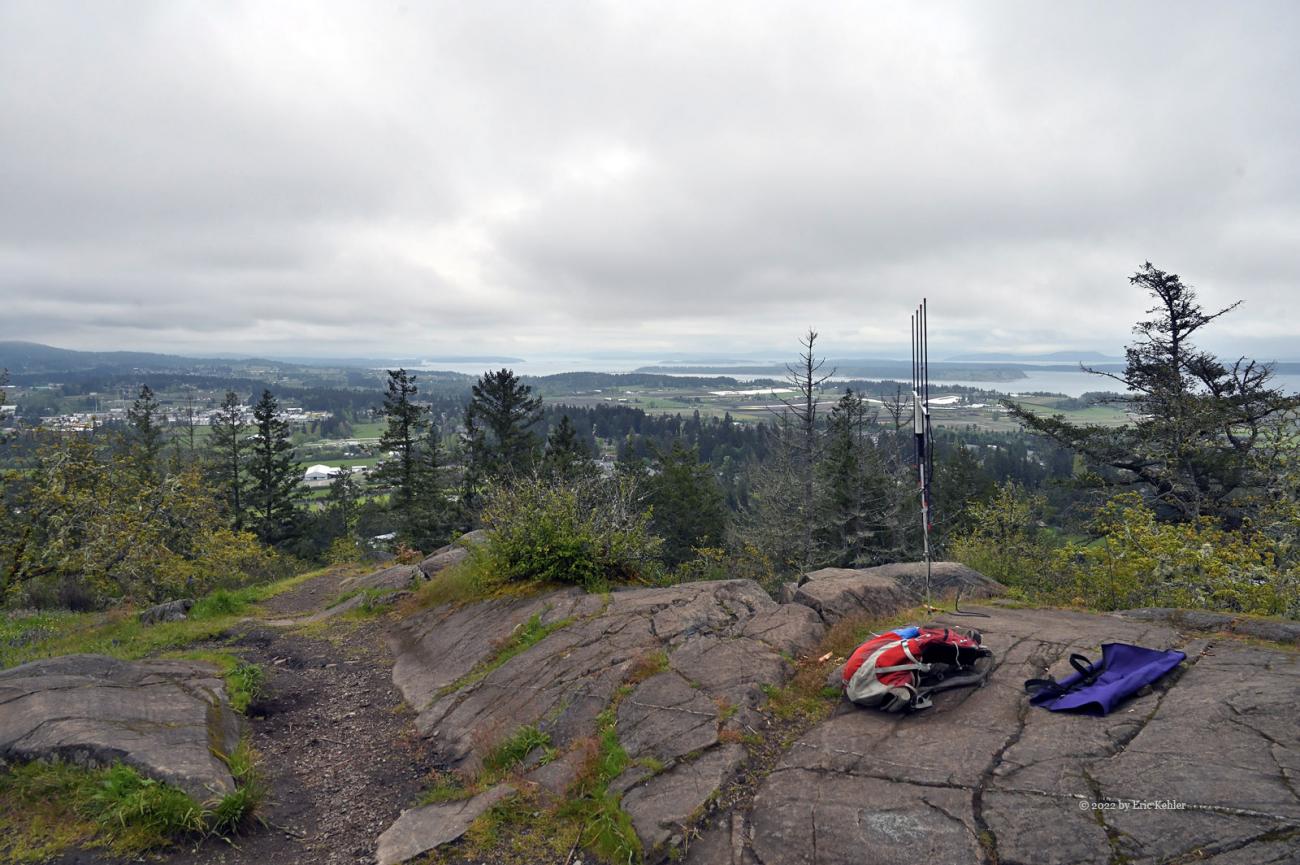 The sign posted at the parking area says that the summit is only 760m away. So, it isn’t a long hike and with around 120m elevation gain it isn’t too strenuous but still a decent bit of walking. I planned to activate the summit while I waited for the ferry departure. I didn’t have a lot of time, but I was in no rush either. After a return visit to Uplands Park where Carolyn and I wandered a few of the shoreline trails I drove to the Bear Hill parking lot. Carolyn thought that she would try the trail as it was fairly short.

The two of us set off for the summit and viewpoint. We made decent time but Carolyn was finding the steepness a bit much in some places and decided to return at the half way point. That was unfortunate but best to be safe. I continued up the trail enjoying the fields of wild flowers that are missing come mid-summer. The area was fresh with flowers and the greens were very vibrant. The area looks so different than it does once the hot summer arrives and dries everything to a brown crisp.

I made quick time to the top and set up my radio. I didn’t want to take long as Carolyn was back at the car waiting. Once set up I heard a chap on the frequency who was just completing his activation. I waited until he was done and then put out a call, he immediately responded. So, I had a summit-to-summit as my first contact. The other hiker – VA7ZZQ was quite new to SOTA and happy to make another S2S. After a short chat he went back to starting his descent and I made a few more contacts over the next 10 minutes. With enough in the log, I felt I should pack up and return to the car. A few minutes to pack and gather some photos and I was starting down the trail. Just as I started down another hiker came up, the only person I met at the summit.

There were only two others on the trail this morning. I enjoyed having the solitude in the hills, it really beats a crowded trail. I gathered a few photos as I dropped down the slope and made fast time to the car. Then it was off for the ferry area though we were still too early to register. Bear Hill is a very pleasant spot with some lovely views from the summit which isn’t hard to hike to.