The boys visit the West Harrison

This was the first trip for Liam and Ben to the West Harrison Area, they quite liked what we found
Category
Serendipitous Discoveries
2018 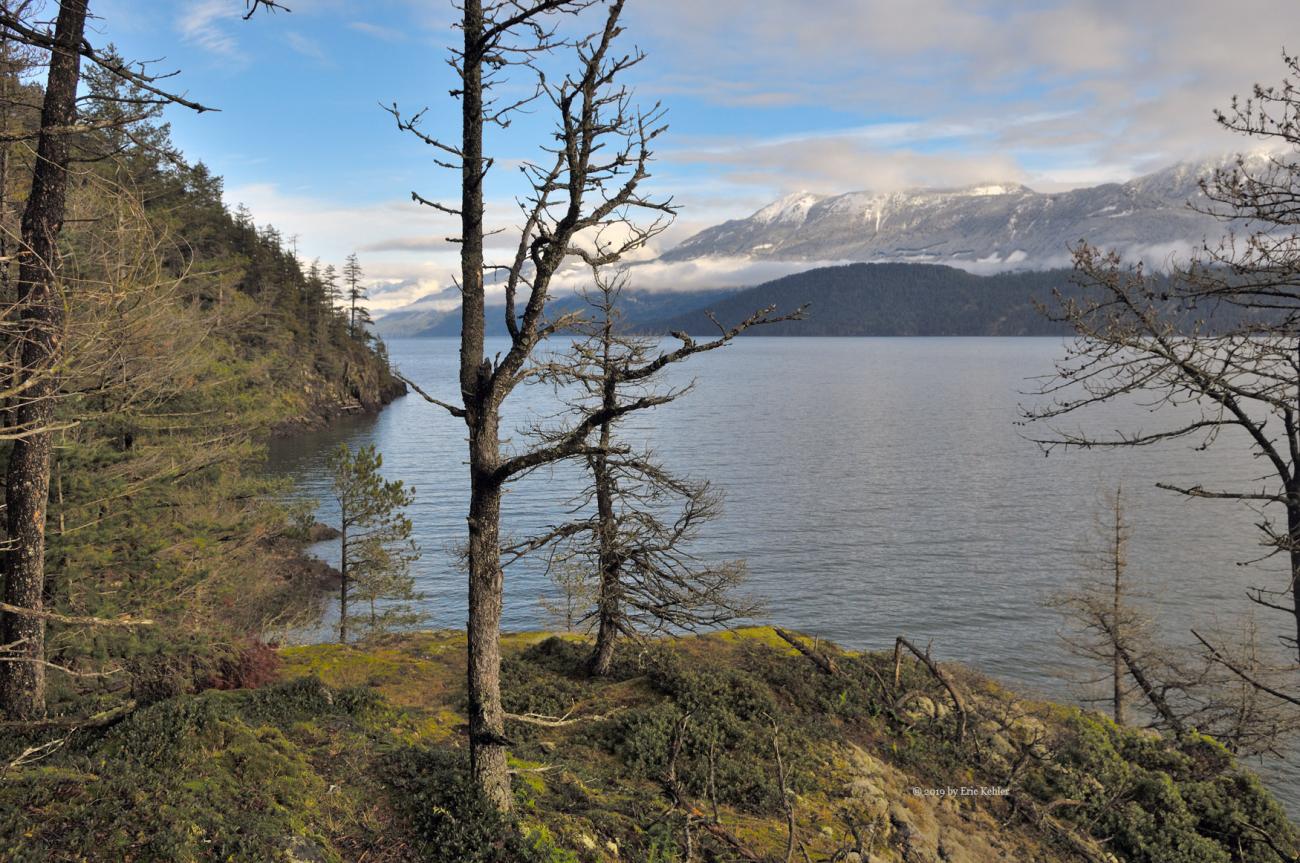 It felt long overdue for us to be getting out into the hills, the wet fall has kept us behind closed doors, so when a decent day came along we immediately set out for an adventure. This was also the first trip since the truck was fixed up and given a lift. So a good check out for that expensive bit of work. It was a dull morning when we set out but the day slowly improved as we drove east. After the first few stops including buying some lunch, we were soon driving to Mission on our way to the start of the FSR. Traffic was light and we made good time.

When we first started on the gravel and approached the first bridge the road turned to a field of potholes. As we weren’t expecting that road had deteriorated so much,  we were a bit fast and shook ourselves quite seriously, Ben was wearing his hot chocolate by the end of the rough patch. The truck did far better than before so the new suspension was working well. We stopped at the side of the road not much past the first lake campsites to show the boys a van that was on its side below the road. They seemed quite amazed to see a vehicle abandoned down there. It has been there for years, but to them it looked very current. We continued in not sure where we would end up so we just took our time, the truck was handling well and we were enjoying the sights.

As we came by the side road to Camp Cove we noticed that the gate was open, so we decided to head down to the lake and enjoy one of the nicest beaches. When we arrived, a pair of guys were  on the beach flying a small drone. We parked and took a walk along the beach and I headed for the mossy rise that forms the outer point of the cove. It was a lovely romp through the mossy trees. Liam was with me and he exclaimed that it was his favourite spot! Soon Geoff and Ben followed and we enjoyed the views for a few minutes before heading back. On the return Geoff spotted some Buck scat on the ground that would have been from a huge buck. It had survived the hunt season and Geoff figures he was a big one. We made our way back to the truck and started up the road, Geoff needed to turn around and in doing so managed to back right into a large tree – bang and we stopped moving. Now I know the canopy blocks ones view but to miss a huge tree really is funny. He hit it square in the middle of the rear bumper which now sports a serious curve.

We got back on to the mainline and continued north. Geoff thought about heading to the small lake with the cabin near the Wood Lake campground. So we set off for that spot. We finally came by the side road leading to the camp spot and about two thirds the way in we were stopped by two huge trees that had fallen across the road. We decided to cut them and haul them out of the way. It took a bit of time as the trees were a bit wider than out saw blade. But with some planning and perseverance we made the cut. Then we pulled the first tree aside and repeated the task for the second. With the road open we started up the incline and there we met another large tree blocking the way only about 150m from the end. This time we cut the top off and used the snatch block to pull the tree to the side of the road. The way was clear and we parked the truck in the campsite.

It is a very nice spot, Geoff started a campfire and the boys and I went down to the lake to look at its slightly frozen surface. It was mushy and the rocks the boys tossed in made small holes as they pushed through the soft ice. As Geoff prepared some lunch I set up my antenna and new KX3 radio. The antenna was stretched between two trees and not all that high but soon after turning it on I heard a station in White Horse calling and I chatted with him for a bit. I then heard another in Fairbanks. This chap was busy with a pileup of people calling him and though it took a good number of attempts I did finally contact him. So the radio set up works and is fairly fast to get going.

We ate lunch and lounged around for a bit, a couple of guys on ATVs came by and we chatted with them a bit and then it was time to pack up. The day was ending and temperature was now falling so it was definitely time to start back. The new headlights were a definite improvement over the normal ones; we could see much better but a big light bar would still be nice. We made one more stop in the failing light to gather a photo of the lake and then it was back to pavement and the drive home. A lovely visit to the hills, not a lot of driving but it was nice seeing the cove again and enjoying some fresh mountain air.