The Call of Saint Mark’s 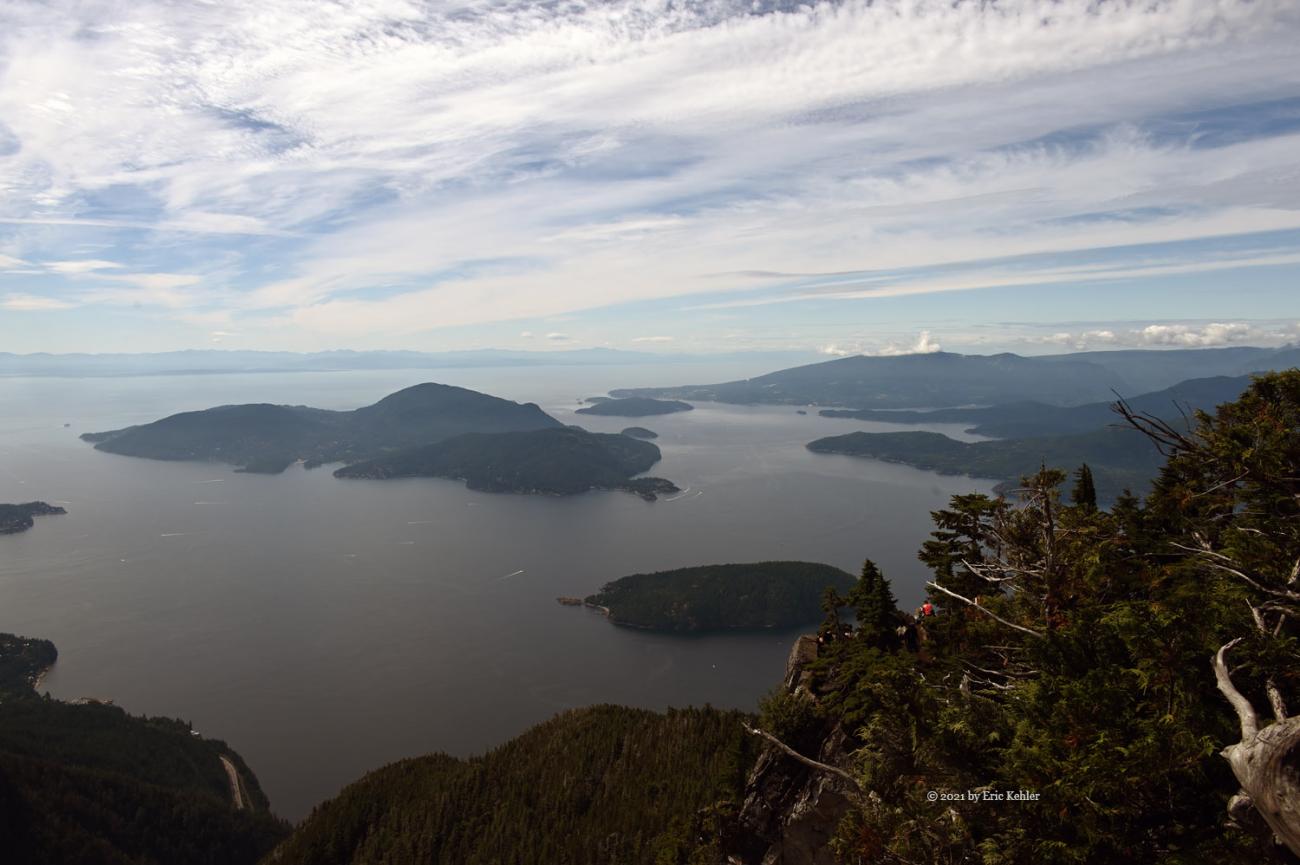 The views from the cliff face near the summit of Saint Mark’s Summit are quite spectacular and draw hundreds of visitors on the week-ends. It has become so popular that trail building and maintenance activities have improved a large percentage of the route. Now the tougher roots and steep areas are getting stairs and walkways, so I’m sure it will become even more popular. And so, it got my attention as a photographer years back, but I digress.

I had completed the three main summits in Cypress Park and so the next one to hike of the group was Saint Mark’s. Though the trail isn’t that difficult it is long and has been quite muddy and clambering over tree roots quite tiring. This meant I tended to skip the summit or do it last. This year I was without a functioning backroad truck so I need to do as many summits reachable by car as are available and so a return to Saint Marks was next on the list.

I asked Ralph if he was interested and he decided to he would join me for the adventure. The upcoming Saturday looked ideal weather wise – dry and cool. We got ourselves organized for the day and waited for morning, Ralph suggested starting a bit earlier than other summits, so we planned to depart my place by 8:30am. Come the morning of the hike, Ralph was already waiting outside my place when I took a look. I then quickly loaded my gear into his car for the trip to the summit and we set out. As per convention, we stopped at the nearest Starbucks along the route and I picked up a hot caffeinated beverage. The actual drive went smoothly with no traffic delays along the route.

The Cypress parking lot was already quite filled by 9:45 when we arrived. Week-ends are always quite busy up here but there was still a lot of space and so we found a spot and parked. In a few minutes we had our gear donned and we were off to the trail. I mentioned to Ralph that when I posted our trip on the Facebook page another member – Justin (VE7LUJ) – commented that would also be activating the summit. We were both hopeful we would finally meet a fellow SOTA hiker. We needed to keep a watch going for any unusual hikers with radio gear.

Soon Ralph and I were starting up the Howe Sound Crest Trail and had a decision to make – follow the east or west trail. Last time I chose east so this time I thought we could try the west route. On reflection it was a good choice as the trail is much more groomed and easier to travel than the eastern route. Length wise they are very similar. We made our way through the lowest area along the nature walk and then the ascent began and we rapidly gained elevation to join the east trail near the Lions Lookout. After a brief rest we started along the trail section flanking Mount Strachan. Up to this point the numbers on the trail had been fairly low but that was soon to change.

The annoying thing about the trail at this point is that there is a long descent just after the lookout, so we would be redoing that gain as we made our way along. The trail through here is in very good shape and we made decent time across Strachan and soon came to the fork where the Christmas Gully Strachan summit) trail drops from the heights. Here we found a convenient stack of lumber on which to sit and rest. Once we had our breath and noted the number of young folks passing by, we started up the climb to the crest to Saint Marks.

This next section of trail is also well groomed and in great shape. We made good time as it slowly gained elevation to the ridge. Then we reached the end of the improved trail. First it has a short descent as the trail follows the ridge, here is where the roots form the challenge. Once past the initial mostly level area the final ascent to the summit begins. It was here that I noticed a chap in a group of three approaching, he had a long multi-band 2m antenna protruding from his backpack and so I asked if he was a ham. He was and it was indeed Justin. He had just finished activating the summit. He hadn’t had much success from the area on 2 meters which left me a bit concerned.

After a pleasant chat for a few minutes, we both continued along our opposite directions. The trail now got quite steep and we noticed some newly built stairs which allowed us to climb one short area. A longer set was still being built and likely usable in a few weeks. A bit earlier the search and rescue helicopter had made a few passes dropping more lumber for the stairs. When we reached the top of the completed area, we found three stacks of wood for the next section.

Continuing to the flank where the mud is deepest, we were faced with some new boardwalks. No more mud to walk through – now we could sail over it in style. A short bit later we ascended to the first of the viewpoints just below the summit. He we turned into a small trail that led up the final lope to the true summit. Very few continue up this trail as they come for the views not reaching the summit. The trail is very steep and Ralph was having trouble gaining ground on it, as we were already in the activation zone he opted to stay there and set up his HF antenna. I continued up to the peak scrambling over the blueberry bushes and using them as hand-holds. They were covered in water and I was soon quite wet. But it was a short span and in a few minutes, I was on the summit where I operated from last year.

I quickly got my yagi assembled and radio going as I didn’t want to stay too long with Ralph down below on his own. After my first call I instantly had a small pile-up, I selected my first contact followed immediately by a summit to summit. I had a steady stream of contacts for the next 10 minutes or so and soon had a second summit to summit logged. A few more minutes and there were 16 contacts in the log, more than enough and since I was concerned about Ralph, I packed up early and set out to find him. He was very close to where I had left him on the slope, He had an end-fed wire strung between trees and was using his newly repaired KX2 to make contacts. He had completed a call to a station in California but there were no more to be had. It was very frustrating for him. He tried a few calls on 2m but down there behind the summit there were no takers. He didn’t want to set up my yagi so we called it a day. While he packed up, I set out for the viewpoint to gather some photos of the scenery.

I then returned to Ralph and we completed the packing up and then we walked to the first viewpoint so Ralph  could take in some of the amazing scenery before we started back. About a third of the way back I noticed a couple coming up the trail, he had a newer Handheld tucked in his front strap of his backpack. I asked if he was a ham and he said yes. We stopped to chat for a while, he was an American coming up for the hike but didn’t realize that Saint Marks was a SOTA summit. He was glad to hear it was and would be trying an activation once he arrived. The balance of the return went smoothly, Ralph wanted to take a short diversion to the Bowen Lookout before heading back to the car.

When we finally arrived at the car, we were both quite exhausted from the 11km hike but it was done. Now we could sit for the ride home, well we did sit and sit and sit. The trip along the Northshore highway proved to be a slow stop and go process which added around 30 minutes to the drive time. I heard later that the backup extended even further the next day. It was a nice hike and a successful activation.