This little park offers a variety of sights year-round. Today being a snowy post Christmas afternoon, it looked like a unplanned visit would be worthwhile. 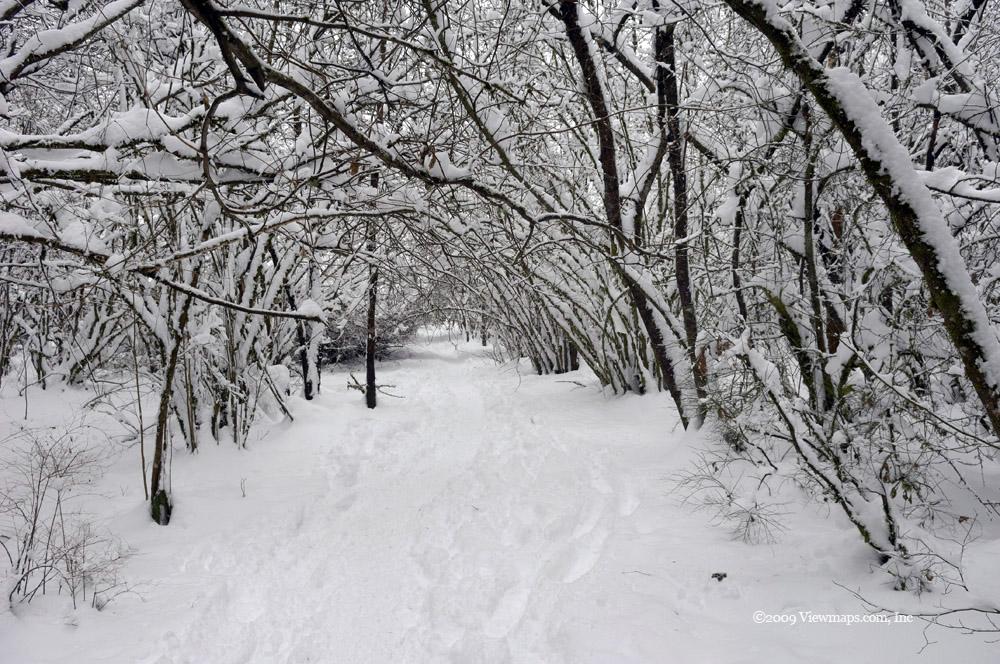 The fall had been a wet one with few opportunities to get out and take pictures, which left me feeling a bit trigger happy and really wanting to get out somewhere and capture a few sights. So when my eldest son called me up and invited me to join him for a walk around the park I accepted the call even though it was a fairly dull day. We left the house and drove the short way to the park where we found a slot in the snow bank to park the car. There were a surprising number of intrepid souls enjoying the cold at the park. They had worn down a trench through the snow the whole way around the loop trail! It made for an interesting change to the wide path.

For the first half of the walk we had fairly bright conditions which made it easy to get a variety of shots. But at the half way point the snow started falling and I didn't get many more opportunities to take photos. Edwin took quite a few photos of squirrels and birds that were still wandering around the area. People were regularly leaving volumes of seeds for the inhabitants to help them through the winter which kept the numbers up and made them a little more friendly.

For the most part I enjoyed the short outing but certainly prefer warmer conditions. After my previous trip and then this one, I was definitely getting tired of freezing my fingers! It would have been much better if I could have gotten photos around the entire loop, but with the snow falling my photo taking was cut short. It was a fun adventure in the snow as the park seemed to be a very different place then during walks the rest of the year.