It was back to the West Harrison to explore a few more side roads that were recently re-opened. 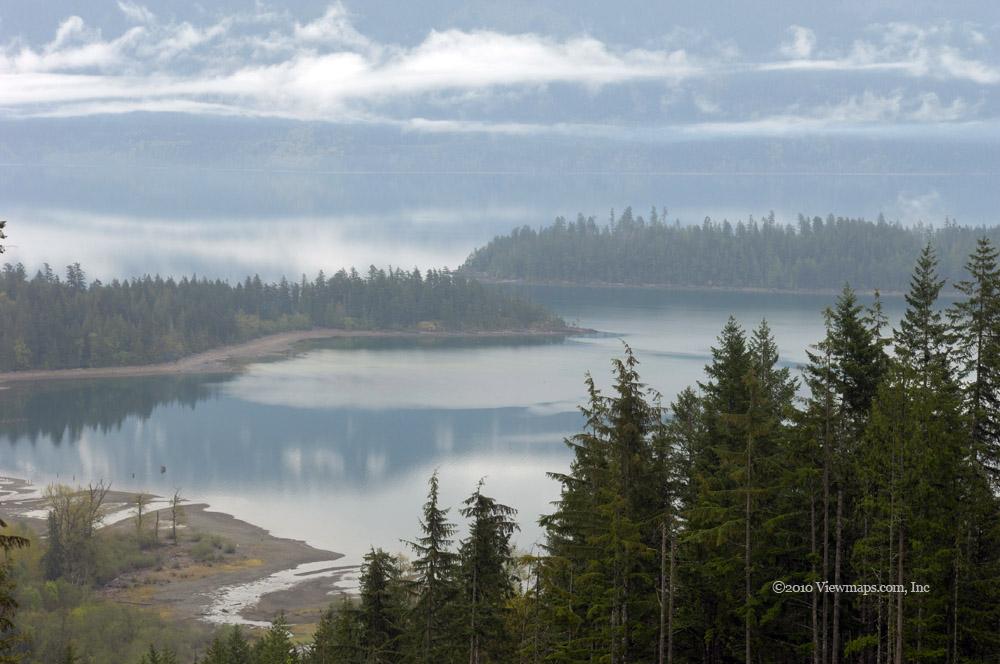 The thing with the West Harrison area is that it is a huge region with new areas being logged every year which gives us new spots to explore and enjoy on a regular basis. Though I do prefer the treed areas, the logging does make it possible for me to explore the back country and for that I am thankful. Today we set off straight for the next side road up the mainline to see what we could find.
As we made our way in we spotted a road off on the lake side of the mainline and thought we would see where it went. It actually just dropped down to the Hydro service road which was following the towers. The spur had a steep drop as it connected to the hydro road and we had to take a second try at it to get down safely. The Hydro road made it way along parallel to the mainline we just left and so we decided to return back the way we came as it didn’t offer the sights we were seeking. On the way back up the spur we stopped to enjoy the thick mosses that were covering the trees flanking the road. The rich greens were quite amazing. After taking some photos we returned to the main line and then turned off at the Cartmell FSR.

Our first excursion was in a recently logged area, the roads were good but winter had downed a few trees which we had to clear to get past. The road didn’t go in far and we soon returned to the mainline. The next exit gave us much more to explore – up both sides of the Cartmell Creek valley. Shortly after leaving the West Harrison, the road crossed over the creek, the bridge had a lovely warning sign on it stating that the bridge was unsafe. But after close review it seemed to be a fake sign posted simply to annoy explorers like us. So we crossed over without the slightest of issues. We were able to make our way along two further branches of the road. The main one only stopped as it was getting heavily over-grown and as it was raining the ground was quite slippery. We will need to return on an ATV. We did enjoy a number of great vistas of Harrison Lake.

Back to the bridge and up another branch just past where a number of trucks were parked. We selected what appeared to be the main road at each turn and soon we found ourselves on the Simms Creek FSR. This area was undergoing new logging and the area had some good road interspersed with deactivated. We continued along the Simms until stopped by snow. It may be worth a return visit later in the summer to see how far up the creek we can get. We returned back to where we connected to the Simms and elected to continue on it see where it came out. Eventually we made it back to the Harrison mainline.

It being after 3pm we decided to skip the next few side roads as Geoff was interested in getting to Chehalis Lake from the east to see what the slide looked like from this side. So we zipped along the mainline to the Mystery Creek FSR and turned west. I couldn’t just pass by the view of Mystery Creek as we drove over it. So we stopped long enough for me to get a number of slow shutter speed shots of the creek. We continued along to the connector by the Chehalis River but were immediately stopped by a large berm across the road. There was a path carved in it that ATV’s were readily using but it was a bit narrow for us so we felt very cheated and decided to turn back. We did try the first branch that we came across but made it only a short way before snow stopped us. The map showed the road heading to Mount McRae and so it wasn’t likely it would have helped us anyways. So we grudgingly set off back to the Harrison mainline but as we approached we decided to head in a bit more to visit the 20 mile bay camp site.

On arrival we were met by the site host and we chatted for a few minutes before parking and taking some time to relax with the lovely views of Harrison Lake. The clouds were giving us ever changing patterns against the hills and I could have stayed there for some time enjoying the sight. But it was now almost 5pm and we had to head home. So we returned to the truck and set off for home. The return drive went very quickly and we soon found ourselves driving along the pavement heading for Lougheed highway and home.