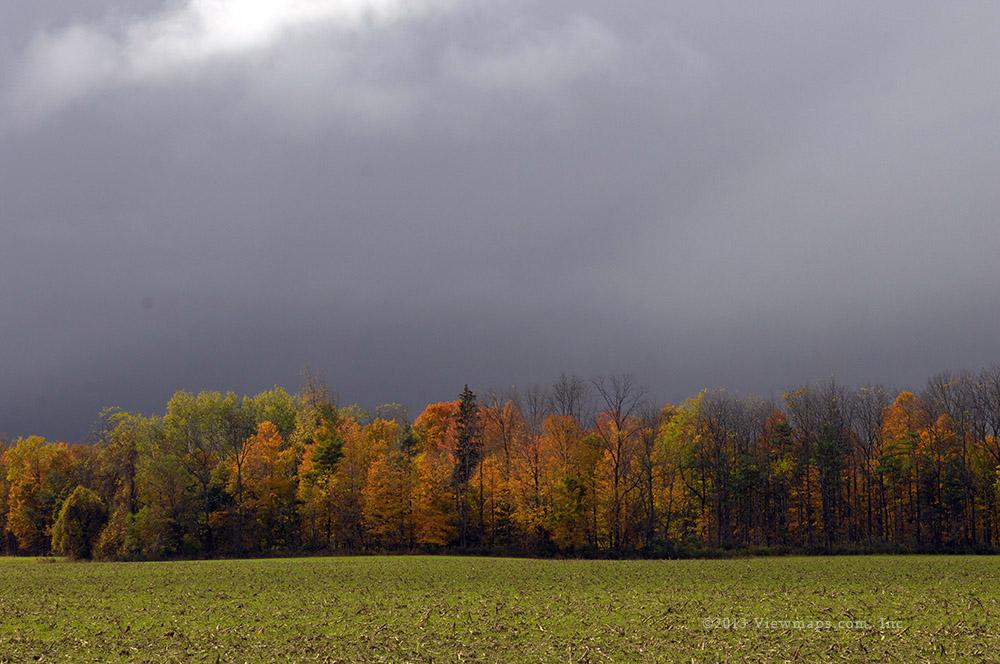 The forecast for the day was for it to be wet and so I had expected to stay indoors and just rest. So this morning I did just that but Carolyn wanted to go out for lunch then go to the wool shop to their weekly drop-in. So we found a spot for lunch and I then dropped her off. The weather was quite cloudy but there were clear breaks so I started looking for sights to capture as I made my way back to the inn.

It was going fairly well and the weather was holding up well enough that I thought of continuing to Hawks Cliff for my annual visit. Along the way I was just keeping ahead of a wide thick rain cloud. When I stopped to gather a photo it would sneak up on me and block the sun. I would then drive off and find another scene and have just enough time to gather a photo before the cloud caught me again.

I finally got to the cliff and parked. There were a few people watching the birds but it seemed that they were heading out as the weather darkened. I grabbed my camera bag and walked to the cliff edge and there I looked out over the lake and watched the play of the light, clouds and rain on the surface. I took a number of photos while I enjoyed the scene. Looking towards Port Stanley I could only see the trees darkly in the gloom but I saw bright sun off in the distance slowly coming closer so I decided to wait for it to arrive at the port and take some more photos with the trees lit up. As I waited the main storm cloud passed over dropping a bit of rain but not really very much so I just stayed out there waiting for the right light. It brightened a few times but it never really got full sun before I had to move on.

It was now 3pm and time to try Ralph on the radio. The irlp wouldn't connect again so I wasn't able to talk to him. I then drove some of the back roads towards Port Bruce finding a few spots of nice colour. With the main rain cloud now out over the lake, I was able to get much longer periods with the trees in the sun.  I slowly worked my way to the smaller port and then back up through Sparta and on to St. Thomas to pick-up Carolyn. We then drove back to Port Stanley where we bought a few groceries and returned to the inn for e night. So in the end I had a decent drive through the back roads after all.