A quick visit between rain squalls, or so we planned
Category
Parks on the Air
2022 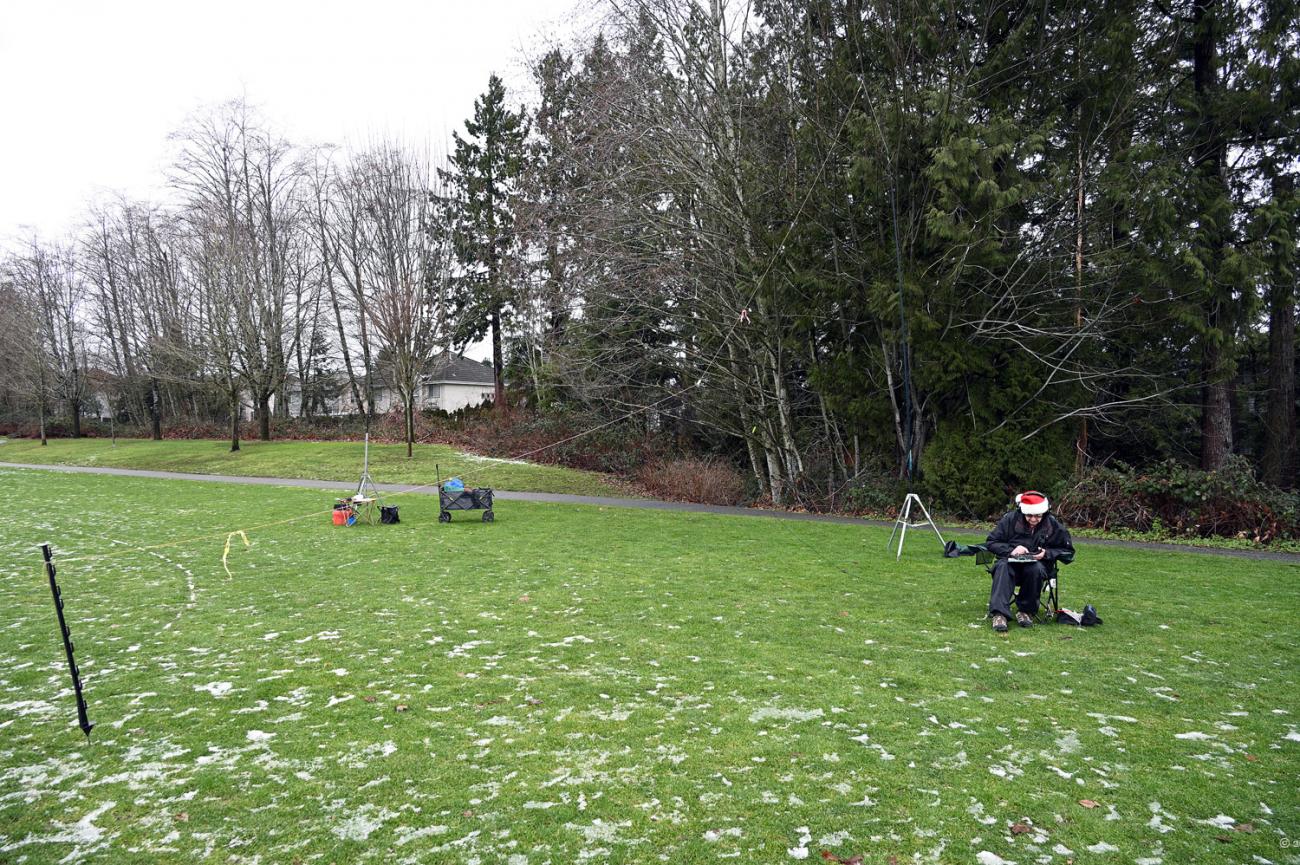 It was another week and the need to get out and play with our radios outside was becoming intense. We had originally planned to head out on the Monday but the day got too cold and neither of us really wanted to fight the cold. So, we waited for a warmer day. That would be Wednesday and by noon it was looking fairly safe from rain, so we decided to go for it. Ralph arrived around 1pm and we set out for the Coast Meridian Park in central Surrey. Only around 15/20 minutes away so we were soon on site.

We parked alongside the park and scouted the area, eventually deciding to use the wide-open playing field. Ralph strung up his 20m dipole between his mast and portable fence post. Soon he was making contacts across to the east coast. I strung up my OCF between a tree and another post. In order to not interfere with Ralph, I moved to the 40m band. Unfortunately, I struggled to make contacts but did eventually get three in the log. By now the first drops of rain had started and it was getting faster.

I convinced Ralph to free up the band as he already had many more contacts then needed and I started calling on 20m. Soon a pile-up happened and I was making contacts, but the rain was getting harder and the log sheet wet. I pulled out my tarp and hid under it for a few minutes so I could work enough stations to activate the park.

With both of us having logged enough contacts we decided to pack up quickly as the rain was getting quite hard. That went quickly as Ralph was already packed up by the time I finished calling, so he helped me and we were soon back in the car out of the rain. The drive home went smoothly as we were still before rush-hour traffic. It was a nice little outing close to home. We both successfully activated the park with contacts from the east coast to California. Quite impressive considering the small low antennas we were using.