A lovely park to visit
Category
Parks on the Air
2022 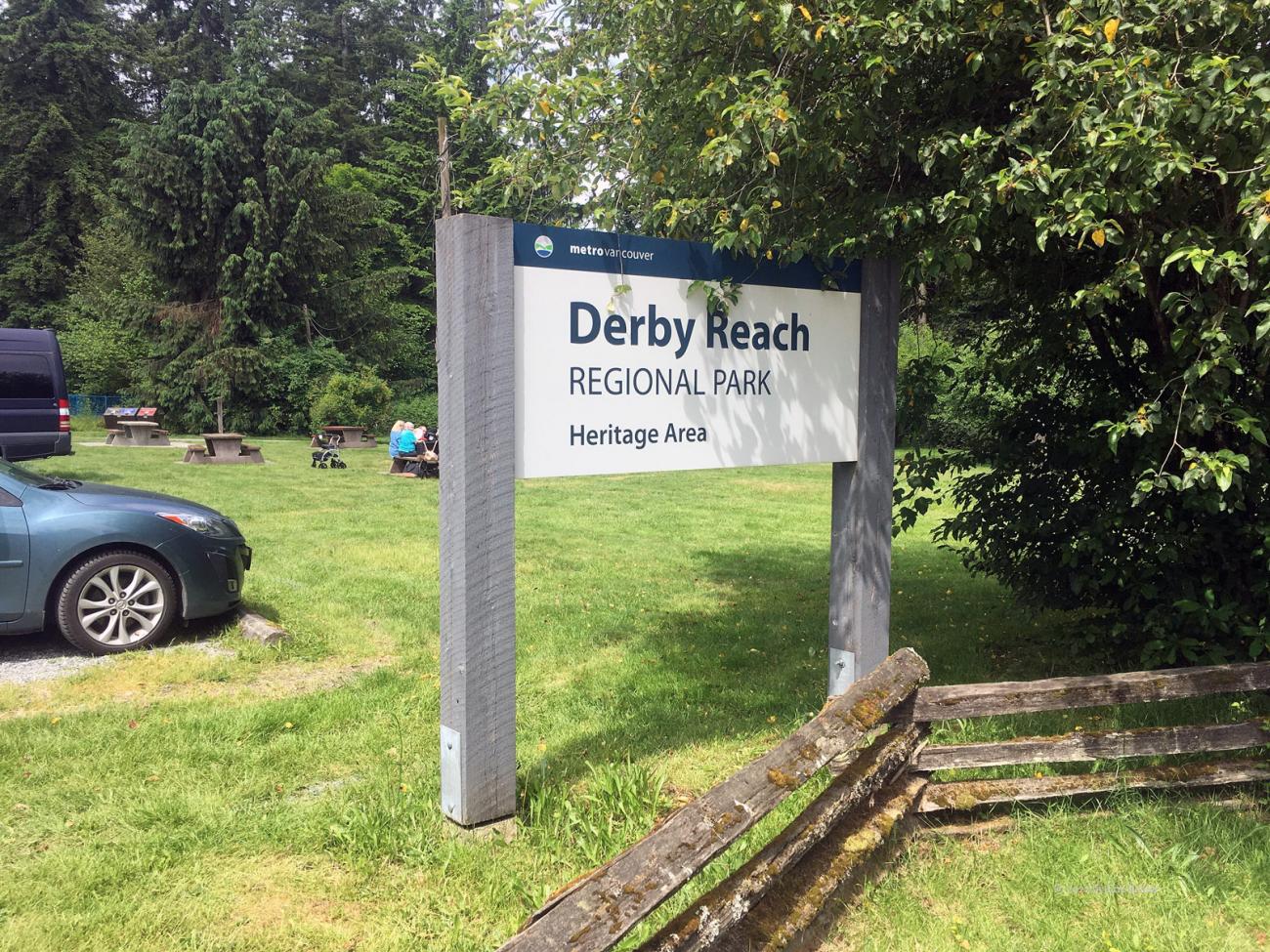 I was originally planning on doing a summit hike but I had to cancel last minute. So, to fill the void I decided to do a park visit instead. I decided to pick one a bit further out and settled on north Langley. Derby Reach Park was a big park alongside the Fraser River, ariel photos showed some nice open areas and so I loaded the car and set off for the park. The drive went well as I followed the prescribed path my car had computed. Soon I was driving into the parking lot which had only a couple of empty spots. Selecting one, I parked and got out to walk the park to find a suitable spot to operate my radio at. It was here that I realized I had forgotten my camera. Fortunately, my iphone would be able to capture few angles.

There were a number of groups of seniors gathered around the close by tables, so the area next to the lot would not work. I wandered across the road to the river view and enjoyed a few minutes looking across the water. I then returned to the main area and followed one of the many paths. One lead past an old historic home and to a grassy area with tables scattered around its perimeter. This looked ideal for my needs and currently was unoccupied.  I returned to the car and loaded my gear into the cart and made for the picnic table I had selected.

I stretched out the dipole over the grass and soon was listening on the band. The noise here wasn’t that bad but I also didn’t hear many stations on the band. I selected a frequency, spotted myself and started calling. Before long I had a contact in the log, it was a station claiming to be a Summit Activator. I tried to get his summit designation but he was already gone. Next, I heard a station from Spain trying to get me. It took quite awhile but I eventually got him in the log. Third up came a station in California but that was the last one for some time. I continued calling but more contacts were far between and it took me over 90 minutes of calling and moving over the band to get the needed 10. It was a tough go but I eventually got there. Some were from other activators looking to get their numbers.

The visit at the table had been pleasant but the clouds were thickening and I knew from the forecast that some rain was expected. So since I had 12 stations logged I decided to call an end to the activation and I packed up. A quick walk back to the car and I was soon loaded and starting to head out. The route picked by the car for the return was quite different than the one used in going there which seemed odd but at least I would see more new sights. About 5 minutes into the drive, I noticed some rain splatter on the windshield. Not a lot of rain but it was coming and I guess I packed up at the right time.

Derby Reach Park is quite interesting for its historical stories and buildings. It also has lots of nice walking trails. I need to come back just to walk the trails and gather some photos.