Dewdney Peak in the Sun

My previous time hiking this summit was in a light drizzle, today it was hot sunshine
Category
Serendipitous Discoveries
Summits on the Air
2018 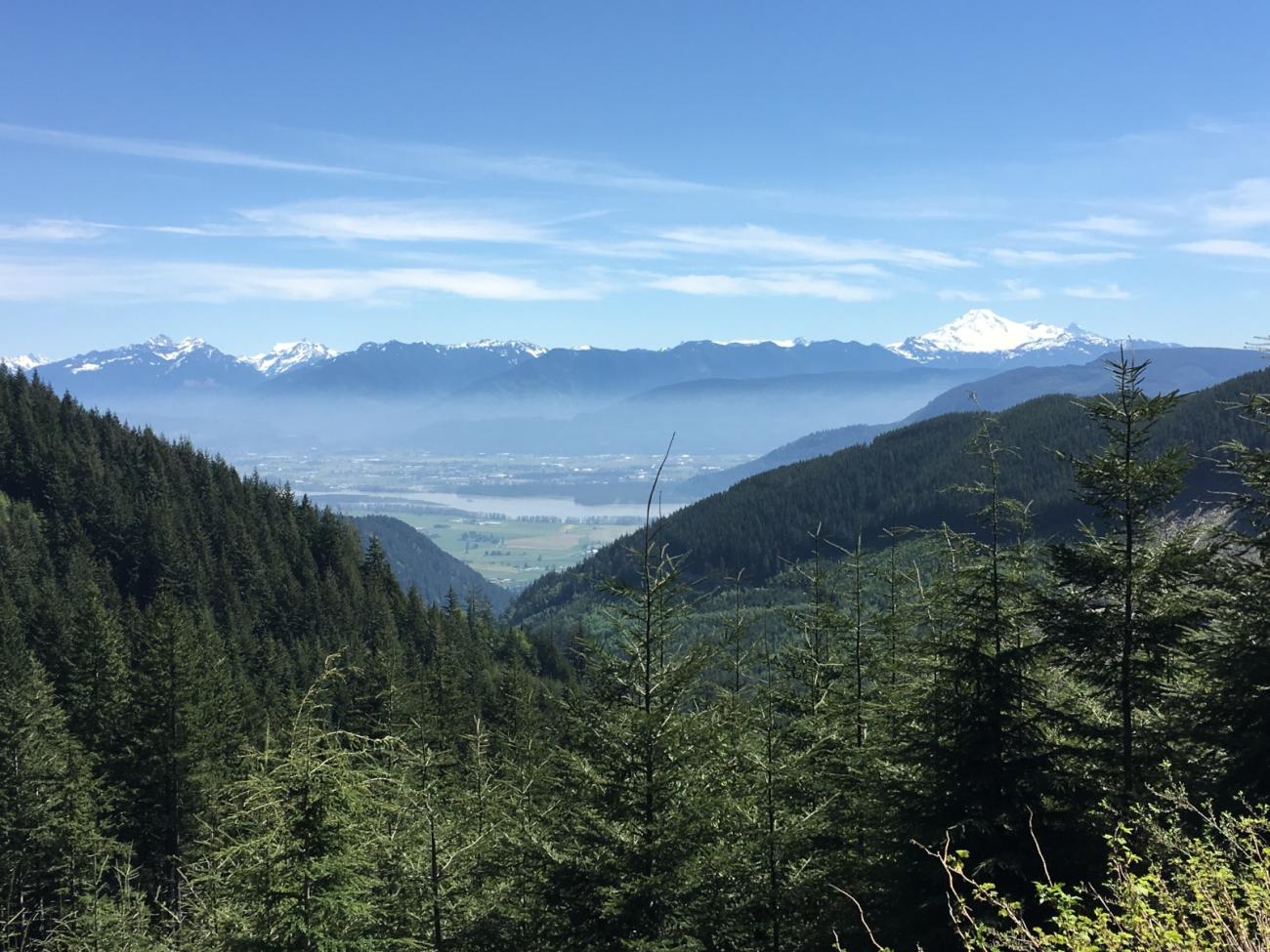 I was looking for an easy hike for the day, one I could do solo without much exposure to potential problems. Dewdney came to mind early in the process and I got my gear organized for the drive to the summit ridge and the final push on foot. I got the truck ready along with my pack and set off for the Norrish Forestry Road. The drive went quickly and I was soon in sight of the start of the logging road but I got stopped by road construction! Now that seemed very strange way out here but here it was and I was stopped waiting for the flagger to let me on through.

Once past the paving project the FSR started and I got the truck switched into 4x4 mode and started up the mainline. Soon I reached the entrance to the Dewdney branch, today the gate that was closed last time was wide open and I just sailed on past. The initial road is quite steep and rough but it proved no challenge for the truck. As I headed up the old road, it looked more and more like I would have it to myself. Following the map of my previous drive kept me from following the wrong spurs at a couple of points which kept the drive time down. I did start up the wrong branch at one point but backed out after 200m thanks to the map track.

There was a bit of snow in places on the road along the top ridge but nothing to slow the truck down. As I approached the spur where we parked last time I was stopped by a tree, the other spur looked just as nice and so I drove to its end and parked. The location however was in the sun and though early it was already getting fairly warm. I took my time getting ready and loaded up with the backpack. By now I had learned that I had forgotten my DSLR at home so today’s photos would rely on my iPhone. Not as good but it should still document the day fine.

I started into the bush and picked out a path up the slope, soon I stumbled upon the hiking trail that makes its way from the Norrish mainline below to the summit. I knew it passed right next to my destination so I followed it the rest of the way up. It made life much easier and the walk much faster. I did gather a couple of scenery photos along the trail but soon I was at the summit and there I picked a small knob and laid out my gear. A short rest and then I was putting the antenna together.

Once assembled I sent a text to Carolyn at home and had her give me a call on simplex. I soon heard her but she wasn’t hearing me! It took a few moments but she soon realized the volume was off on her radio! Turning it up and we had a good quality contact. I made 4 more over the next half hour and so the summit was activated for another time.

After finishing my lunch I packed up and followed the trail back to the truck. This time I continued along it to see where it crossed the road, it was only a short ways below where I was parked, next time up it will be even easier! I unloaded my gear and started up the AC in the truck to get cooled. After checking to make sure everything was packed up I started back down. At the saddle between Dewdney and Pattison Peaks I decided to explore the other spur, it continued for a ways and offered some views but nothing significant. I tried another spur that led across the ridge to the west side but was stopped by a fallen tree very quickly! I will want to explore that road one day in an ATV as it potentially leads to the next summit.

Well I was done with Dewdney and I drove down to the mainline. It was still early so I decided to drive in further to see if the gate across the mainline was still there. It was there but now it is open during the day! So the vast region in behind is available once again. I drove in and continued for 12km to where there are multiple branches to travel. It will be fun getting back here to finish the area I haven’t seen in 10 years.

It being 3pm I decided to head on out and made for the pavement. The paving at the start of the FSR was done and the road was a smooth marvel to enjoy. The rest of the drive went fairly well as traffic was not overly congested.