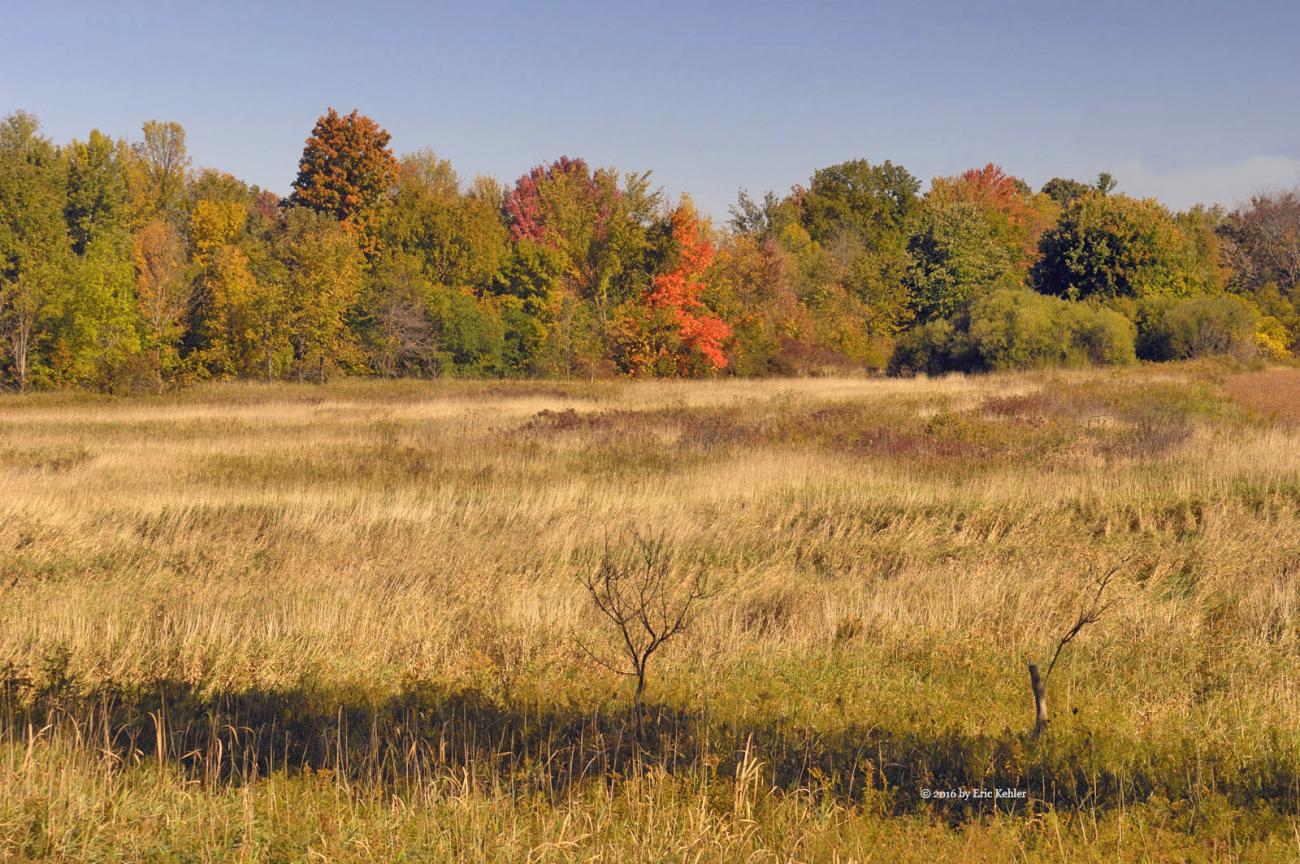 Reviewing my day’s adventure as I write this brief note brought some lovely memories back of my drive through the back roads. We started off by heading south out of Grimsby, up the escarpment and south to Mud road.  Not too eventful so far, we then turned west and merged onto to the highway, turning off for a drive north at highway 50. As we left the highway we were starting to see stands of colored trees. It was finally looking promising.

We continued along and eventually turned onto some side roads where we found some amazing trees. We had finally found some of the great fall colour we had been seeking. Mike and I took some time at a small number of spots gathering photos. The trees were quite spectacular. After gathering a good number of photos we decided to find a restaurant for lunch. We found a diner on highway 6 at Carlisle road. They offered a decent meal and we left feeling nicely full.

Our continued driving took us further west and soon we were following a giant combine that was making its way along the road. They soon let us pass and we were able to find a few more spots of colour. But we had backtracked to the road we were on before lunch! So we zipped past and continued along further where we came by a field of marsh grasses which offered us a few new sights to shoot.

Then some more colored trees were found and now it was time for making a radio contact with Ralph in Vancouver. We were able to link into to a repeater in Burlington and this time Ralph was waiting for us. We had a long chat and then tried a bit of H.F. with my new radio, we were able to listen to a chap in California.

By now time was pushing on and we needed to start making our way home. Though we did spot a few more lovely trees we didn't have a chance to shoot them. So tomorrow we plan to continue the adventure and try a few new locations.