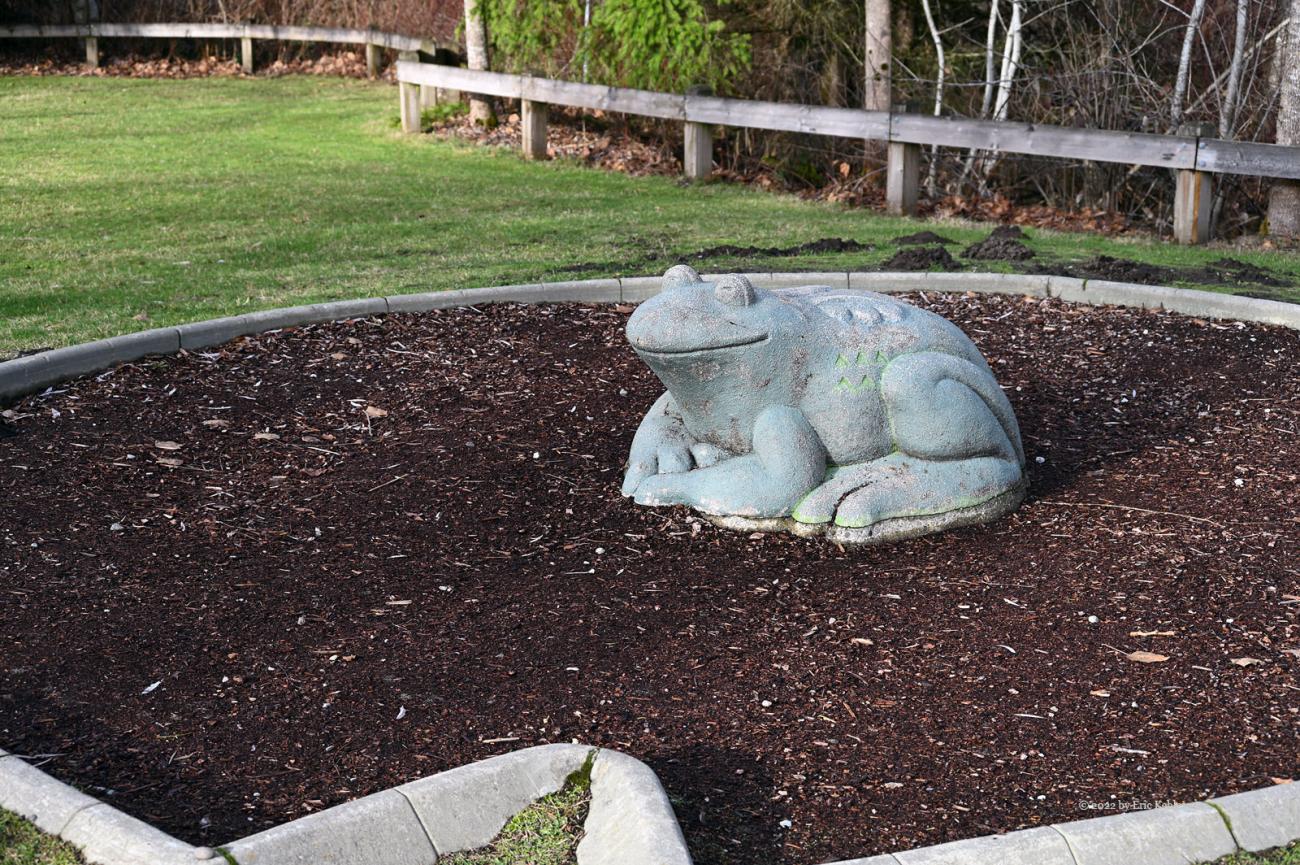 It was another week and one with some good weather, so Ralph and I set out to visit a new park and operate our radios. For today’s adventure we wanted to visit a park that neither of us had been to so we could advance our park counts in the parks on the air program. I felt like staying closer to home and as we still had parks in north surrey  to visit, I studied the map and saw that Hawthorne Park was listed and looked to be a decent size.

After a quick lunch of premade mini pizzas, I looked out the window to see that Ralph had just arrived. I quickly got my coat on and went to out to meet him and help him load his gear into the car. I had loaded mine earlier. I asked the navcom to drive to Hawthorne Park. It presented a few options but the first choice was the best, so along that route we started out.  Our drive was north along 168th to Fraser Highway and then further north along 148th, eventually ending at the park on 144th. The drive went quickly as traffic seemed light. We were both amazed at the 13 degree temperature the car was reporting, very nice for early January!

We pulled into the parking area which was quite large and had a number of cars in it but we were able to select a nicely placed stall and parked. I then got out the camera and we went for a stroll over the park grounds. It was a very nicely manicured park with many flowers and walkways. The kids play area was one of the biggest I have seen. There were washroom facilities though it was closed this time of year except on week-ends. The park offers many walking trails and a large duck pond. The trails lead through well defined nooks and garden areas where one could rest on the grass in relative seclusion from the rest of the park. It is a well laid out park for walking and picnicking.

Done with the walk and looking for our operating locations. Ralph selected a spot on the top of a rise. I went for a table next to the play area. We returned to the car and loaded our gear into the cart and made for our spots. Mine came first so we unloaded my equipment on the table and Ralph continued along the walkway to the hill. It was closing in on 1:30 and we felt we would give it to 2pm and check in with each other to see how all was going. As Ralph walked on, I started to consider the best location for my antenna.

I set up the wire antenna and then the radio, I checked the noise level of the site and found it reasonable so I didn’t add in my noise cancelling unit. Next, I scanned the 20m band for other park activators. They were louder today than the past few times so I tried calling a few. I managed to work 3 other operators in quick order. One was from a station just across the river in Port Coquitlam, at Castle Park that we had just been to!

Done with scanning for others, I moved to the 15m band to pick my own frequency. I then noticed some interference from Ralph but upon turning on some filtering my radio had available it become a minor issue. I noticed that there were no other spots for activators on the 15m band though a couple had been there earlier. I really don’t know why they crowd 20m so much, 15m has less noise and lots of open frequency. It also has wider coverage according to the predicted coverage map. After posting my location I started calling. It took a few minutes but soon I had a constant number of hunters responding to my calls. They all seemed to have decent signals though a few said I was quite weak. I really want to get a bit higher of a mast which may help that.

As two pm came along I was up to 20 contacts and feeling like the activity had gone quite well. I was able to chat with several people as they wandered past my station since I was right off a main walkway. Checking in with Ralph, he had 18 in his log so he also had enough for the activation. He wanted to stop and grab a coffee. So, we decided to shutdown for the day and go find a Starbucks. As I finished packing up, Ralph came by with the cart and we continued to the car. The sun was out and the weather mild, a lovely day outside in a park, but coffee was calling.

The nearest Starbucks was in the Guildford Mall, we initially drove there but decided after fighting with a convoluted parking lot that it was probably just an indicator of our search in the mall for the store. So, we decided to leave and go to a location on 152nd and Fraser. It worked out much better. Done with coffee, we noticed that traffic was building and 152 was backed up as is its usual state so we opted to drive Fraser to 168, backtracking the way we came. It went smoothly with little traffic back-up. A lovely day  to spend some time in the sun at a park.