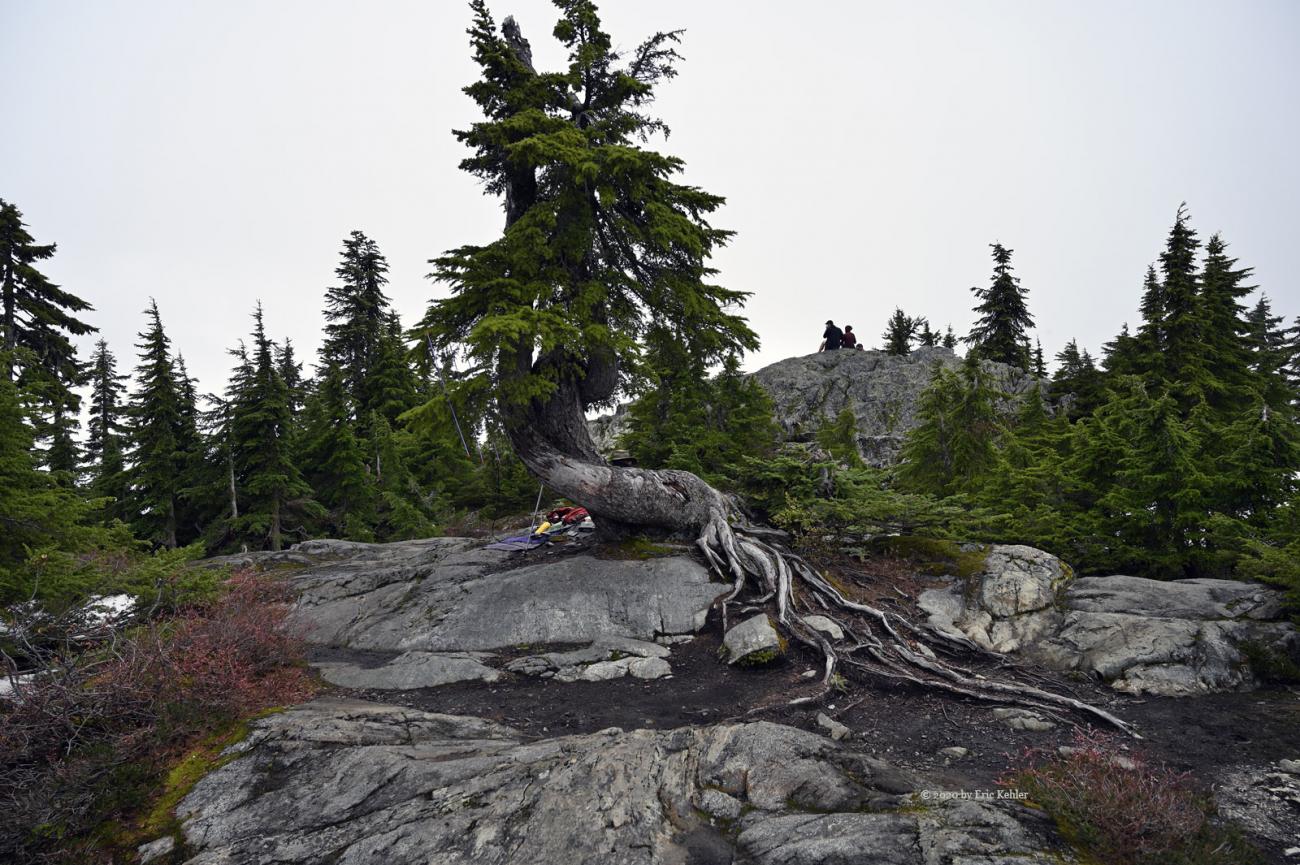 The year has been wet and cool with many weekends dowsed with rain. To add to my misery was the closure of travel due to the virus and so my early year trip to Victoria was cancelled and there went several summit hikes. This meant that my hiking days have been quite limited so far this year. I managed a few lower summits but those are limited in number in the area and the higher ones were still covered in snow or closed to visitors. So, when a decent weekend was on the horizon and the park was again open, I booked the day for a hike.

I plan to hike four summits in Cypress park this summer the only question is in what order. I felt that this week I needed to do a shorter hike and so it was a toss up between Hollyburn and Black. After thinking through the choices, I decided to open my 4-pointer season with a hike up Hollyburn and leave Black for next. It was a good choice. Joining me again was my son Nick. We took our time in the morning getting ready and left a bit after 9am. We skipped stopping for coffee as Nick doesn’t drink it and I really didn’t feel like one this morning. Traffic was moving well, and we made good time to the parking area on the slope. When we arrived at the parking area, I was surprised to see the number of cars already parked! We ended up much further along than I have had to go any time previously.

Once parked we got our gear loaded and started for the trailhead. Even with the load of cars parked we didn’t encounter many on the trail during the first section of the trail. Perhaps they were already on the summit. Once we had climbed the steep service road to the shoulder, I stopped to gather some photos of the road below and any views of the Strait of Georgia. Clouds were blocking some view, but it was still a lovely picture. We continued along the road to the start of the actual trail and then set in. it was muddy in places but not overly so and we made reasonable time along this section of trail.

As we slowly gained elevation, we spotted our first patch of snow hiding in the shadows. A bit later we had a short stretch of snow on the trail. This was so unusual for July, but it just added to the adventure. It wasn’t deep and being packed it was easy to cross. By this point we had been passed by a few other groups and met a number coming down, so it was indeed a busy day for the mountain. Near the summit is a flat area with a couple of lakes on it, I have dubbed it lake country and it is normally very scenic. Today was no exception and the snow around the lakes added to the imagery. After gathering a few photos, we continued the final climb to the summit. Here I noticed a few new routes marked and well-trodden that skip around some of the more challenging rock sections. I tried them but found the upper one harder than the route it was replacing.

At the summit a number of groups were spread out in various spots and the summit pond was partially covered in snow. I claimed a spot next to a gnarly tree that has been used in the past by Ralph for an antenna mast. I assembled my 2m yagi and hung it in the tree. After a few minutes of calling with no response I was beginning to think the tree was interfering with the signal, but then VE7HI, our association’s top chaser, made it through and I had my first contact in the log. Three more came fairly quickly and before long I had a Summit-to-Summit completed as well. That activator had made 6 S2S contacts so far that morning. I just managed the one. We shared the calling frequency for awhile and by the time I decided to pack up I had 15 contacts. So, it was a good day for radio. Unfortunately, it was not a good day for sight-seeing. Cloud had hidden the summit for the whole time I was up there. At one point as we were starting down a small section cleared giving me a brief view of part of Howe Sound but then it was gone again. I felt sorry for those first timers on the summit as the views are really very nice.

Well my short glimpse of a view was done, and we were on the way down. We made good time down and after only a couple of short stops we soon were approaching the car for the drive home. It was a pleasant outing, the mud not overly hard to navigate, and the weather cool and pleasant - definitely a good choice with which to start the higher summits.