A lovely little hike up a service road, but no views from the top
Category
Serendipitous Discoveries
Summits on the Air
2022 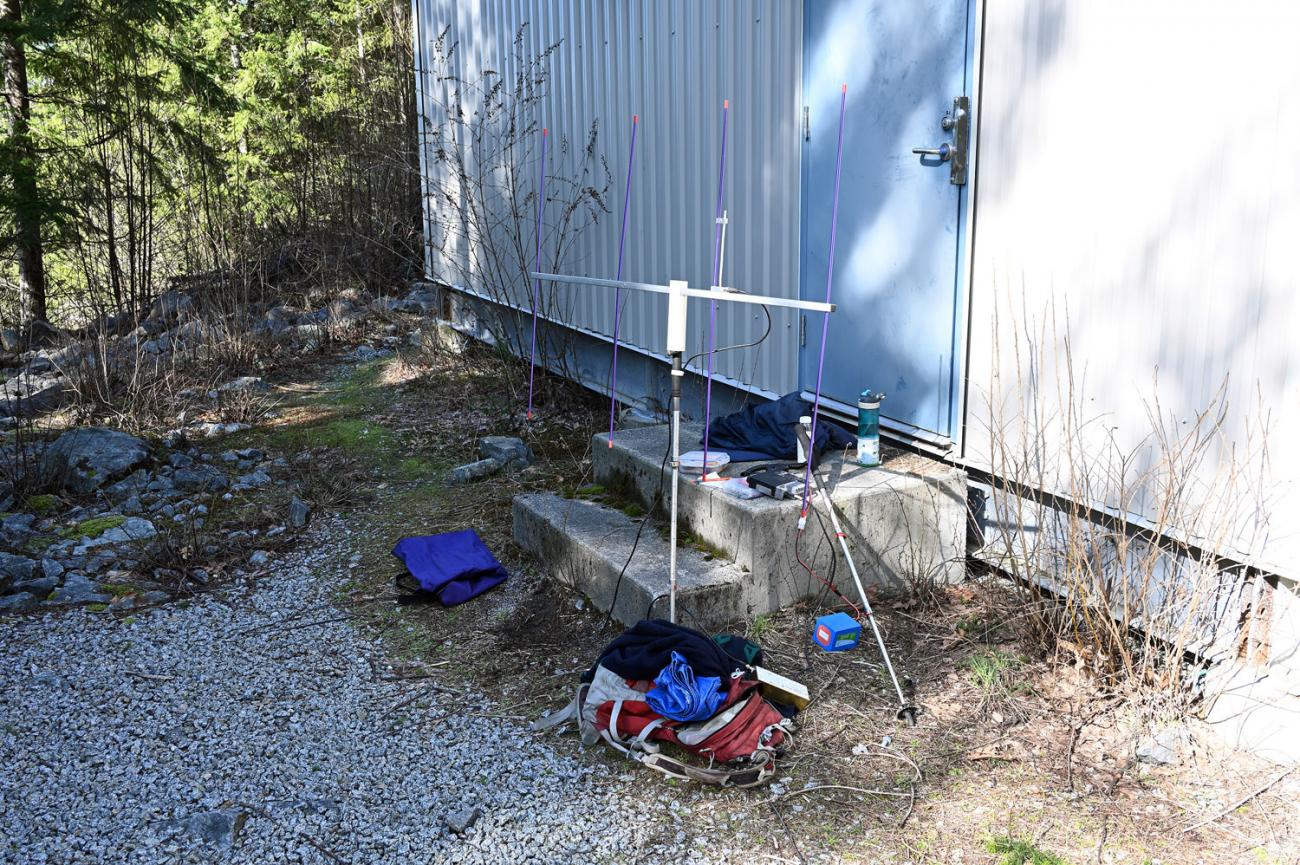 We first activated Iron Mountain last fall, back then we weren’t sure what to expect but this trip we knew our way. This small summit doesn’t offer much except for the fresh air and satisfaction of making radio contacts. The summit area is treed so there are no views to be found. A very narrow glimpse of the valley can be found on the initial portion of the road, otherwise one is surrounding by trees and the serenity of nature.

This time of year, I am not doing the snowy summits so the few low ones must fill the need to get out and enjoy a summit. When planning for today’s hike I wanted a fresher summit, so that would limit us to a few new ones on the list. Iron Mountain was added just last fall and so far, Ralph and I are the only ones to activate it in the SOTA program. There is its neighbour – Grant Hill – that we would have done before this one was available but we have both done that one several times and really wanted a more interesting hike. So, since the weather looked good, we planned to hike it.

This trip I picked Ralph up at his place and then made for coffee. The drive to the end of pavement was around 55 minutes and we made quick time across Surrey and over to Maple Ridge. The drive along Lougheed Highway offered some nice misty views of the Fraser River which were worth a quick stop to take some photos. Then it was to the hill. When we arrived, we found two other cars parked there and we saw one group on the service road. I parked on the far side of the cul de sac and then we donned our hiking boots and backpacks.

The initial trail segment looks steep from the road but it really isn’t that bad. One encounters the locked gate about 50m into the walk, the initial climb is done after around another 50m then the road turns east and meanders its way along with a few more short steep sections. There is only one area with a large water puddle across the road but it is easy to walk around so one doesn’t have to worry about getting muddy. After around 30 minutes we reached the gravel pad at the summit with the cell tower.

I went to the same spot I used last time – the steps to one of the service buildings. It faces south and makes for a comfortable workbench. Ralph decided to set up in the softer forested section just to the east side of the gravel, it was a couple meters higher and offered some trees and soft ground for his mast and antenna. No sooner did I have my radio turned on when I heard fellow club member Don (VA7GL) calling for me, we had a quick chat and I was on to the next station. I had 14 contacts in the log when I decided to stop for lunch

While eating my lunch I heard a few more stations calling for me so I was able to get a few more in the log including fellow SOTA activator Gabor (VE7JH) who was on a summit in the Cowichan area. Meanwhile Ralph was busy making is own CW contacts across North America. Once his numbers dropped off, he packed up for lunch as well. We both had what we needed and now it was time to enjoy the warm sunshine at the summit while we ate lunch. Though encircled by trees it is a sunny location and sheltered from the wind. We took a few minutes to just relax in the sun and fresh air.

Our walk back down went quickly and soon we were back at the car having enjoyed the whole outing to ourselves with no one around, with the exception of the distant group we saw at the start. It is a pleasant little walk in nature and I do expect to return annually. Our drive home was fairly fast as Google pointed us to roads less congested. We even took time to stop for coffee before heading home.