Lighthouse Park in the Spring 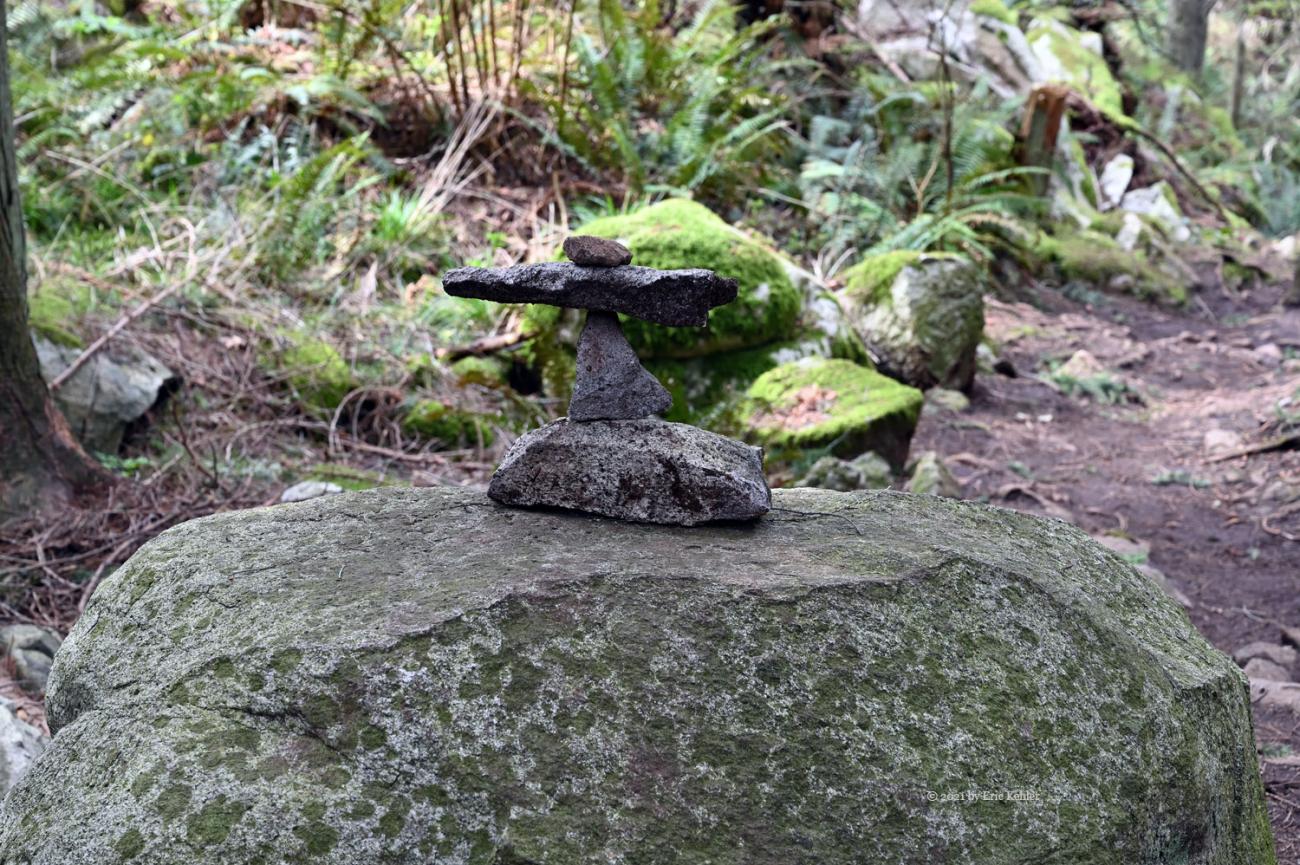 I visit the park on a regular basis and always find it a refreshing spot with new sights to see. Today was no different, I chose to walk some trails I had never been on before and just relax at the shoreline for extended times soaking in the ambience. Today’s adventure began with a leisurely mid-morning departure and I made good time until I approached Vancouver at which point a tie up in traffic slowed me for a few kilometers as we inched forward on the highway. At least I wasn’t in a hurry and so just relaxed with some music. Eventually I got to the small mall above the park and picked up a sandwich and then made for the park.

The nice thing about mid-week visits is the reduced visitor count to the park, the parking lot was only a third full at most so I had many spots to pick from, unlike a week-end. Having parked I set out for Juniper Point but via the loop trail which I hadn’t been on in years. It offered a few new sights and a boardwalk over the cliff side. It was a pleasant walk that I enjoyed without disturbance. Soon I reached the main trail to the point and descended the last bit only to climb up onto the rocky point. There I saw one chap sitting at the edge chatting on his phone. He had ropes hanging from the hooks but was a distracted rock climber! He chatted for at least a half hour before getting back to the ropes.

I settled in and unloaded my pack and then wandered the rock top gathering photos. I took all kinds, from sweeping vistas to macro close-up images of lichens. It was relaxing to be there on my own with no pressure to keep moving. After a bit, I stopped to each lunch. A group of three climbers arrived while I was there, they seemed uncertain about where to find rope hooks as the main one was occupied, so I pointed out where more climbing hooks were placed. They selected one and started getting their gear on to try it out.

While I was on the rock face two senior women came by, the older one was in her mid 80’s and she was hopping over things and incredibly spry. It made me envious as she got on her knees to peer over the edge at the first climber who was now down below on the rocks! I saw her a number of times throughout the day, she was definitely an energetic soul. Eventually I felt the urge to move on to shore pine point. That lower spot is also a favourite place for photos and I was able to gather a few more. There were more groups out now and I chatted with a number during my walk, most were locals coming to enjoy their park but some seem to be tourists speaking French and other languages though possibly still from the area. There seemed to be a number of kids out on walks with their parents, not sure why they weren’t in school.

Done with Shore pine I made for the lighthouse area, the trail passed through a wide expanse of Salal bushes which in summer are laden with berries, which are very sweet to eat and very high in anti-oxidants. I passed by West Beach this trip and wandered down to the keeper’s driveway for a closer view of the lighthouse. The gate was open and so I was able to get an unobstructed close-up view of the main tower. I still prefer the west beach view but this is a nice change. My final stop was the east beach area. East Beach is perhaps the most popular area for people to wander and I usually skip it due to crowding. Today with the numbers low, I decided to visit. I made my way down to the rocks and found a lovely place facing the east where I could sit for a while and enjoy a great view of the Vancouver skyline and the inlet and English bay in one sweeping view. It was a great spot to spend some time.

Finally, rested and relaxed, I started back towards the car. I took a different trail which I hadn’t been on and enjoyed those sights though it was mostly bush views so not as exciting as the water. I am glad I tried the new trail as there are still a couple more I haven’t been on yet, perhaps next time. I was soon back to the car and ready to head out, the lot was still half empty so lots of room for more. The drive home encountered rush hour traffic but the HOV sticker helped, allowing me to zip past many of the regular commuters heading home from a day at the office. I had a lovely day, and look forward to my next visit.