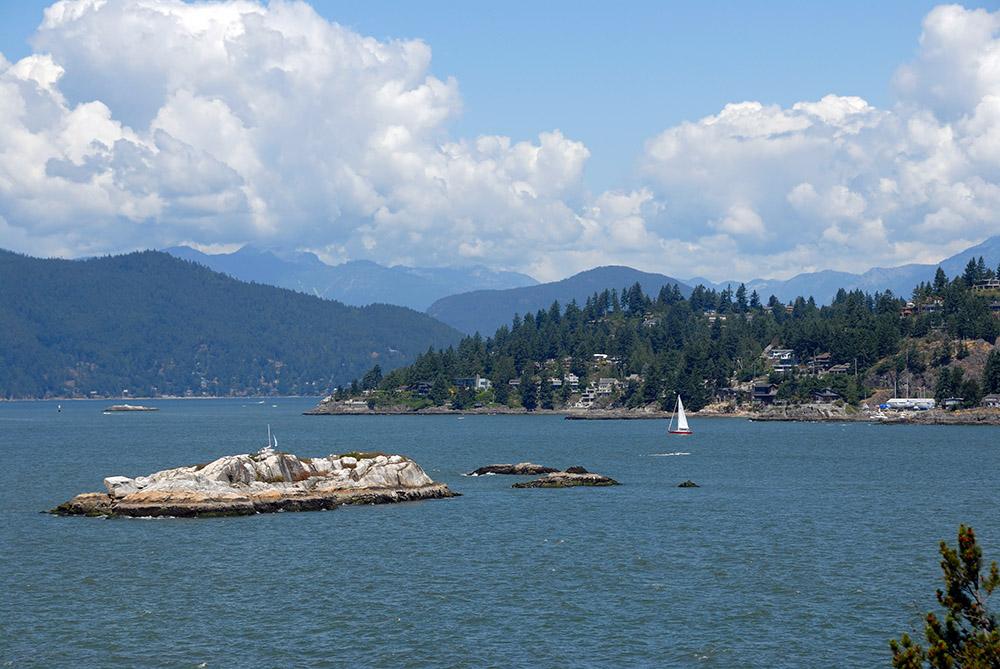 Lighthouse Park never fails to enthrall me. Every visit offers new sights and gorgeous scenery . Today Nick had a Saturday off and though I was still recovering from a bug, I felt I could handle a short walk along the western side of Lighthouse Park. We left mid-morning and picked up some gas in Cloverdale then made quick time to West Vancouver where we arrived a bit before noon. We stopped to buy a sandwich and a few items for lunch then sped down the slope to the park. It was busy but there were a number of parking spots open and so we were parked and ready to go soon after arrival.

Now as it was noon and we didn’t really want to carry sandwiches with us, we decided to eat first and then head out. So once done with eating we walked out the lower western trail and headed straight for Juniper Point. It had been close to 3 years since my last visit and I was surprised to see the number of trail improvements that were in place. The point was a bit less endowed with trees than when I was last here. Several of the Arbutus were dead and I am sure some were even missing. Fortunately my favourite evergreen was still hanging off the rock face looking much as before.

Done with the point we walked back to the main trail and turned south for Shore Pine Point. Somehow we missed the branch to the shore hugging trail and stayed on the now more major trail which continued higher up the slope and terminated near West Beach. We decided to follow the Shore Pine trail back north to the point stopping at various lookouts along the way. We scrambled over a number of rocks on the shoreline to get out to the far point of Shore Pine Point and there we enjoyed the fresh breeze and sights of the ocean. Done with the point we back tracked and then descended to West Beach where we rested for a while and took photos of the lighthouse.

Once done with views we returned to the main trail and made for the Lighthouse Lookout. As both of us had seen that many times we just continued in and then along the road to the parking lot. It was a very pleasant few hours in the park but we both had had enough for the day. So the walk back along the road went quietly and we were soon back to Nick’s car and the start of the drive home.