It was time for another visit to Manning Park and an opportunity to dust off the camping gear and enjoy the evenings in the outdoors. 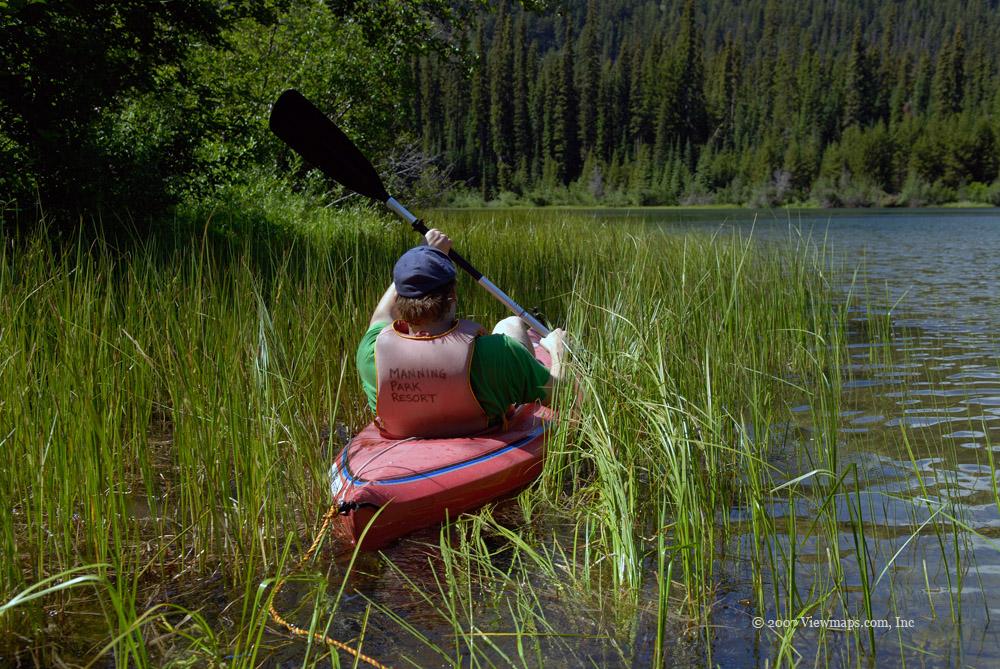 This year Nick and I were joined by Ethan and the three of us had a fun time visiting some of the old places we spent as a family when the boys were quite young. So we left early Thursday Morning for the park and found a nice site in the Cold Springs site, which is our favourite area to be in.

Setting up went quickly with three of us and after we finished lunch we set out to explore the short nature walk that connects to the end of the camping area. The walk was much has is has been the past years except for the pine trees which were mostly blackened shells of their former self thanks top the Pine Beetle which has killed most of the pine in the park. The views of the Similkameen River were lovely as always, it was running fast and very cold as the spring runoff was late this year. Nick had a go a at dip in it but it was quite shallow where we were and too cold to stay in long.

On Friday we left to explore the small Beaver pond which is just east of the main recreational area of the Park on the south side of the highway. The pond had numerous ducks and their ducklings swimming in the still water among the reeds. It was a lovely site in the clear sky. I will need to come back here and spend a few hours at sunrise capturing the beauty of the pond in the early morning. Though very easy to access it has a grandeur to it that is well worth the time to just come and enjoy the atmosphere of the area.

After lunch we set out for the day use area on Lightning Lake and rented a canoe and kayak. There was a bit of wind which made the paddling a bit more challenging but we did get around to the areas that looked interesting. We watched a number of young ducks as they followed their mothers in various parts of the lake. The lake has many lovely views to take in and could offer many days of interesting photos as the light changes throughout the day. When we got back to the picnic area we stopped to visit with the ground squirrels who were very interested in a small drink of our Gatorade.

Once back to the camp site the guys took a further dip in the river and built out a small stone wall to deepen a pool for better soaking. Another camping family expressed their thanks for the effort as it made it easy and safer for their young kids to play in the slower water.