A lovely little park in central Surrey, but it wasn’t our day.
Category
Parks on the Air
2022 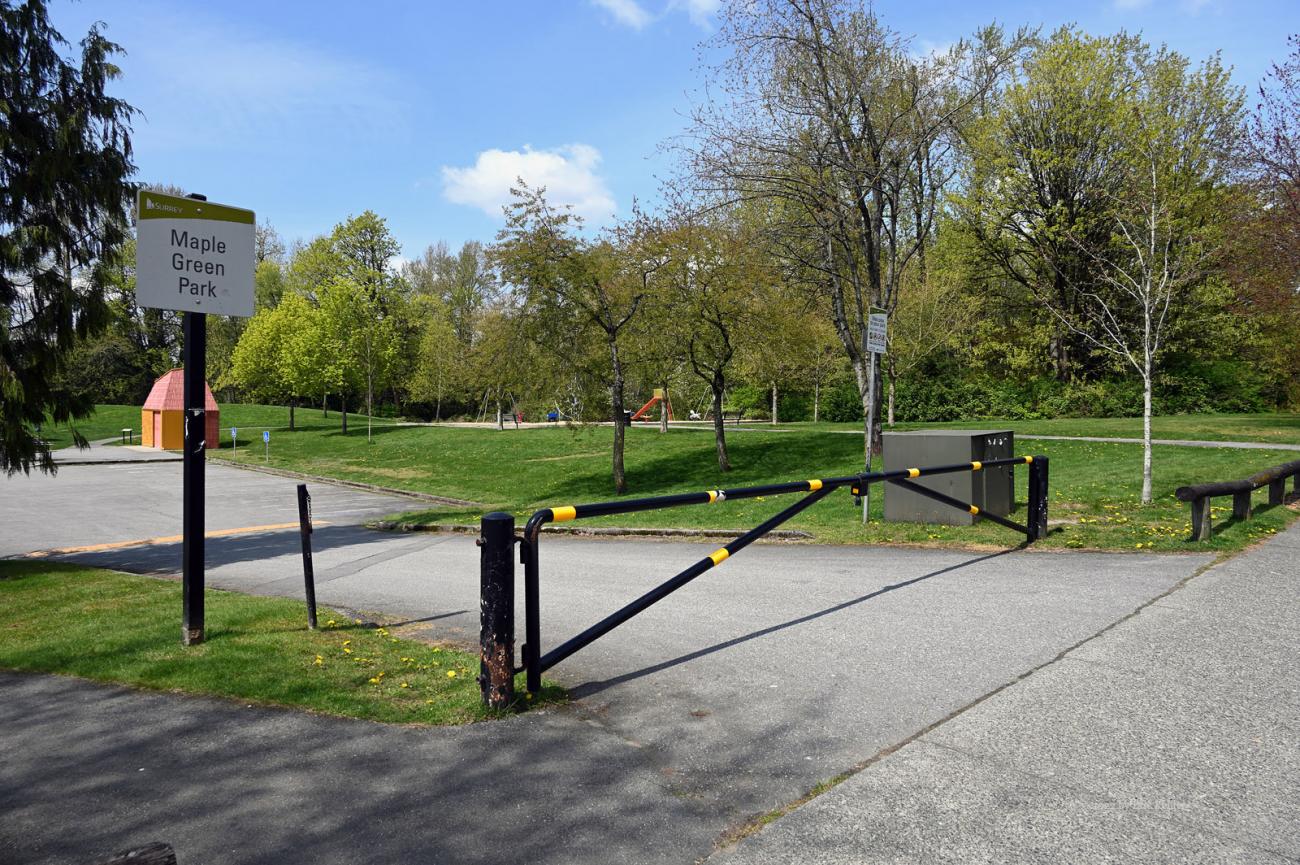 Ralph and I planned to activate another park on Thursday, the weather looked good and so we decided to head out to a new one for both of us. Ralph was a bit concerned about the quality of the Radio bands as there had been a bad solar disturbance the day before. So, we were a bit apprehensive about our chances to work other stations, but as the day was nice and we felt like heading out, out we went.

Ralph came by for 12:30 and we zipped out of the driveway and made good time to the park. We noticed that the small parking lot was locked, so we had to park on the street. Fortunately, there was a lot of space and we were able to get a spot next to the entrance. We then loaded up the cart and started in to the park area. There are a number of paved walkways leading to the various sections of the park so it made travel quite quick and easy. Once we reached the middle of the park, we could see most of the area, Ralph selected an open field on the north side. I went to the south.

We then made our way to Ralph’s area and unloaded his equipment. I then returned along the path and set off for where I would operate. I crossed a grassy area that seemed to be more dandelions and white flowers than grass. I then stopped at a fork in the walkways and there I set up my table and stretched out the antenna. Soon I was on the air, I opted to go straight to 20m in light of the band conditions. I then spotted myself and began calling, and calling. It was a very tough go. I managed a few stations and then nothing more. I tried moving up band, I tried 15m – nothing. I tried 40m again no results. I returned to a lower section on 20m and tried again. It had been a half hour and I only had 4 contacts. But then I had another, but it took another 20 minutes to get 4 more. I was up to 8.

Ralph came by, I assumed he had his needed 10 contacts and more and was ready to head home. He said he only managed 3 contacts in all that time. So he was also having a very tough go of it, worse than I was!. My last contact was with a station just across the border in Ferndale. He claimed to have made 16+ in a half hour. How a few miles can be so different! Well, we both felt we had tried and so we opted to pack up and retry the park another day when band conditions would be better.

Even though we didn’t get to score the park as a completed activation, we did get out and enjoy the fresh air and see some new places in the city.  It is quite a pleasant park, lots of field areas, tennis courts and kids’ playground. We will be back before long.