Strolling through Lighthouse Park is always a lovely event for me.
Category
Serendipitous Discoveries
Coastal Views
2020 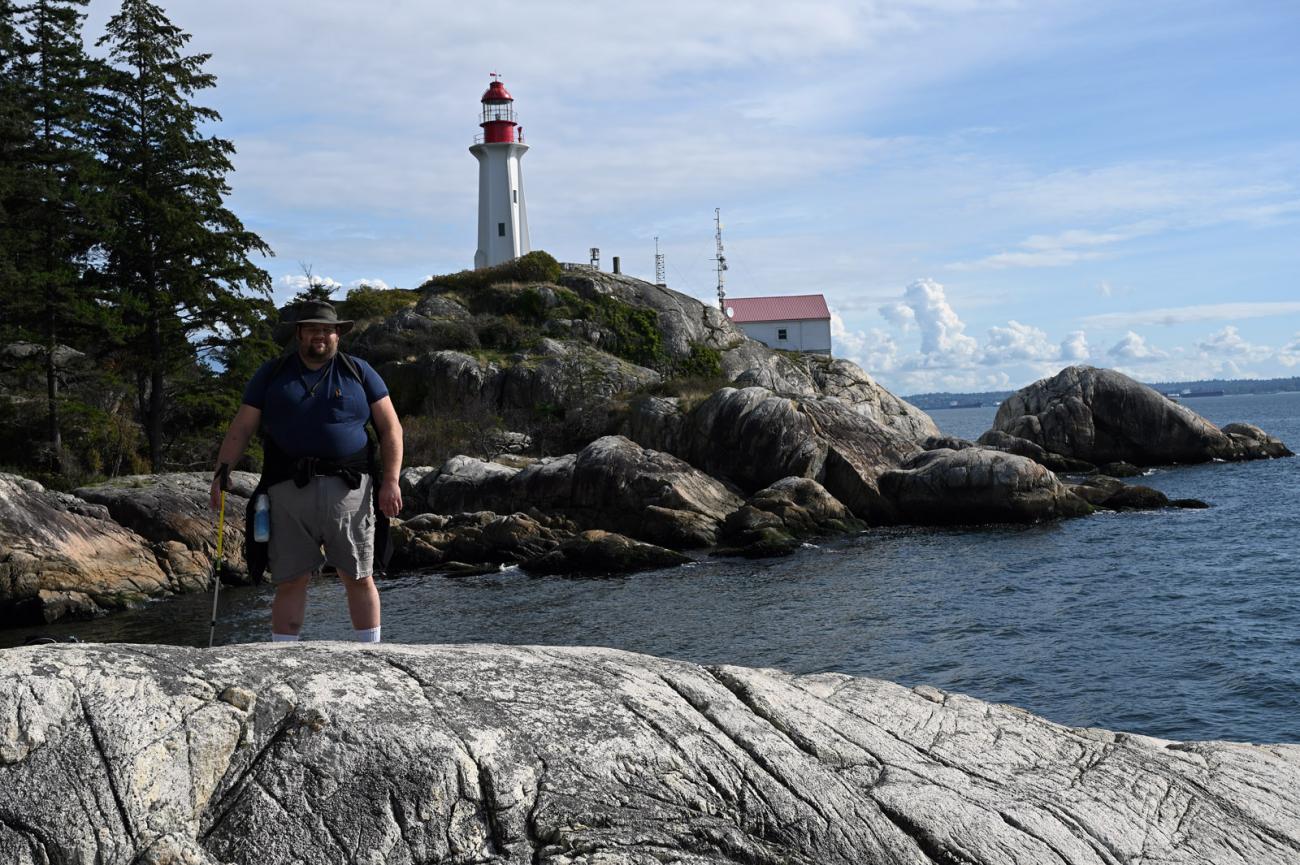 Previously I have visited the park on Saturdays, this meant I had to arrive early just to find a parking spot and this year with Covid restrictions, the parking would be even more challenging. After not being allowed in to a park earlier this year I had put off a visit to Lighthouse but it was getting later in the season and the nice das were becoming fewer. So, it was time to try for a parking spot once again. I decided this trip to go mid-week as I had the week off. As Wednesday looked good for weather,  Nick and I planned to head out that morning.

Come Wednesday morning we got our gear organized, we didn’t need much for this trip, really just a lunch and some water. I was still quite uncertain to what we would find when we got there but we took our time driving, stopping for a coffee and then making for the work-day traffic on the highway. It wasn’t too bad as we were driving after the rush-hour. We finally arrived at the entrance to the park and edged our way in. Well, so nice, only around 20% of the spots were occupied! The place was mostly empty. We had our pick of spots and chose a pleasant little corner to park and then got our boots on and set out for the summit of the park.

It was a lovely bright but cool day, quite ideal for a walk in the park. We took the trail to the summit area which really isn’t much of a summit but it is still the highest point in the park. We met one chap walking his dogs on the trail but otherwise it was empty. Arriving at the top rocks I scampered up the rocks slipping a bit at first as the lower portion of the rock was a bit damp. Mossy rock is very slippery when wet. Nick and I made it to the top of the rock and there we took a breather. I gathered a few photos before we started back down. This trip I decided to take the trail through the ‘Valley of the Giants’ usually I walk the shore hugging trail but felt it was time to try this one. I had been here once before going the opposite way so this would be a newer experience for me. Some of the old cedars and firs were truly magnificent in their size. They really go give one a sense of awe as you stand near them. The trail finally joins the shore line Arbutus trail and we continued on our way to Eagle Point.

At the point we stopped for a while to just soak in the sun and ambience of the spot. We had the point to ourselves which made it even better. After short rest and some water, I wandered over the various rocks looking for a few photo angles to capture. After I had wandered the area twice, once with each of the two camera lenses I brought, a pair of women with dogs arrived and so we decided to continue on to the lighthouse area and west beach. It being now around 12:30 we encountered a few more people on the trail as we inched our way toward the more popular regions of the park. After a short stop near the lighthouse we continued on to west beach.

West beach offers the best view of the lighthouse today, the main view point above it is over-grown with trees and no longer offers a good view of it. Most people are not aware of west beach and go to the closer and more accessible east beach, that one I normally just skip over due to crowding. Today it may have been OK but we had much yet to see. We had the west beach area to ourselves when we arrived and Nick picked a nice spot with a view of the lighthouse and distant gulf islands. We flaked out and pulled out our lunch. I could have stayed here all day it was so lovely and only one other person came by while we were there and she parked herself well up the rocks from us.

Well, one had to get moving and continue to Shore Pine point. Nick decided he would prefer climbing the rocks to the next viewpoint rather than back-track up the trail we descended. So, I lead the way and we climbed the rocks along the western edge of the park heading north. We encountered two people sitting on the rocks in yoga positions drinking in the energy of the place. We made our way around them to minimize disturbance even though the first chap was on the main path.  Finally, past the meditators and up to the next viewpoint we rejoined the trail and continued to Shore Pine point. There we rested for a while enjoying this view of Howe Sound and Bowen Island. I wandered the rocks looking for angles and while returning to Nick the last time I managed to slip and fell on my knee. It was a bit sore but over-all not too serious.

We continued along Shore Pine trail I had hoped to take in Juniper oint but Nick was feeling a bit off so we by-passed it and made straight for the car. The lot was still only half full and people were leaving as fast as arriving. Our drive home was a bit slower then coming as now we did have some rush-hour traffic to fight. The Northshore was the slowest part as on the main part of the highway we used the HOV lane and passed many.

This experience cemented in my mind that from now on I will plan to do any popular locations only mid-week. Fighting crowds on the week-ends is just not worth the bother. It was a lovely day out, the weather held and was ideal for our walking and picture taking. I look forward to returning again mid-week.