A pleasant walk along the seashore
Category
Coastal Views
2019 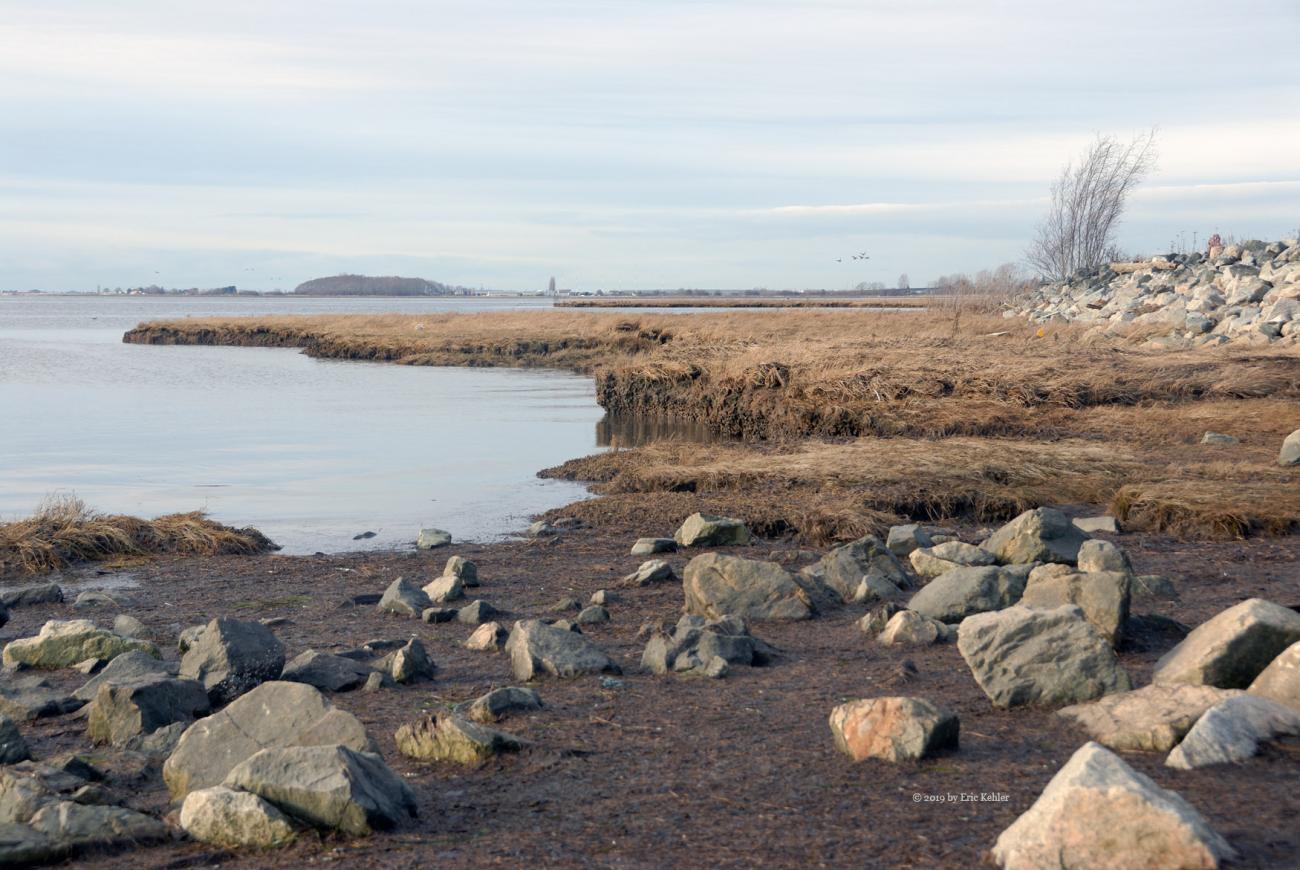 The day began with a light short snowfall and so I wasn’t expecting to get out as planned. But as the morning progressed the day got brighter and one even saw some sun. So I roused my son Nick from his room and we set off for our adventure. I had wanted to cook a lunch on the rocks at Lighthouse Park but it was already too late to head out that far so we opted to try something local. Mud Bay Park was one I hadn’t visited in years and Nick had never been there. So that became our destination.

We quickly got some light lunch items prepared and then set off for the park. I remember driving Colebrook road and turning off of it into the park area so it was to that road I drove. Upon reaching Colebrook I exited from King George and started west on Colebrook. It went for quite a ways and then turned left the old road across the tracks was blocked and no longer drivable, continuing south soon ended in a locked gate and private farm. That was annoying so we headed back wondering how to get to the park entrance. As we drove east back to King George I noticed a car also driving east but on the north side of the tracks! Well there was a ‘new’ road there and It continued along the tracks to King George. When we got back there we found the road had a nice crossing over the tracks and the road west was fairly new and allowed us to travel past the spot that was blocked before and we were now able to reach the park entrance.

We drove into the parking area and found it mostly empty so we chose a spot and got our gear in place for a walk. I decided to follow the side trail due south along the edge of the park and train tracks. We soon came to the walkway along the shoreline. Here I stopped to gather some nice photos of the beach area and Mud Bay beyond it, the tide was mostly in so there wasn’t much exposed. We made our way west along the walk gathering photos as we sauntered along. There were a fair number of people using the walkway many with their dogs which for the most part were more obedient than the owners. It seems that signs saying to keep dogs off certain trails this time of year don’t apply.

We continued on our way west and reached a tree where a juvenile eagle was perched. We stopped right beneath it as we followed the path. It was a big bird and Nick was quite impressed to get that close. We continued a way past the tree and came to a section of the path where the fence between it and the beach was down. Here I gathered a few more shoreline photos before we started back to the car. Along the way back I chatted with one photographer who was out gathering photos like myself. Soon we were back to the car and there we ate our lunch before heading home. It was a bit drab out there according to Nick but that is expected this time of year. I enjoyed the walk and would like to return with perhaps a bike so I could travel the whole distance along the walk and gather photos from the other regions.