Climbing summits takes quite a while, driving to a park is much faster and has different challenges, so it was worth a try.
Category
Parks on the Air
Coastal Views
2021 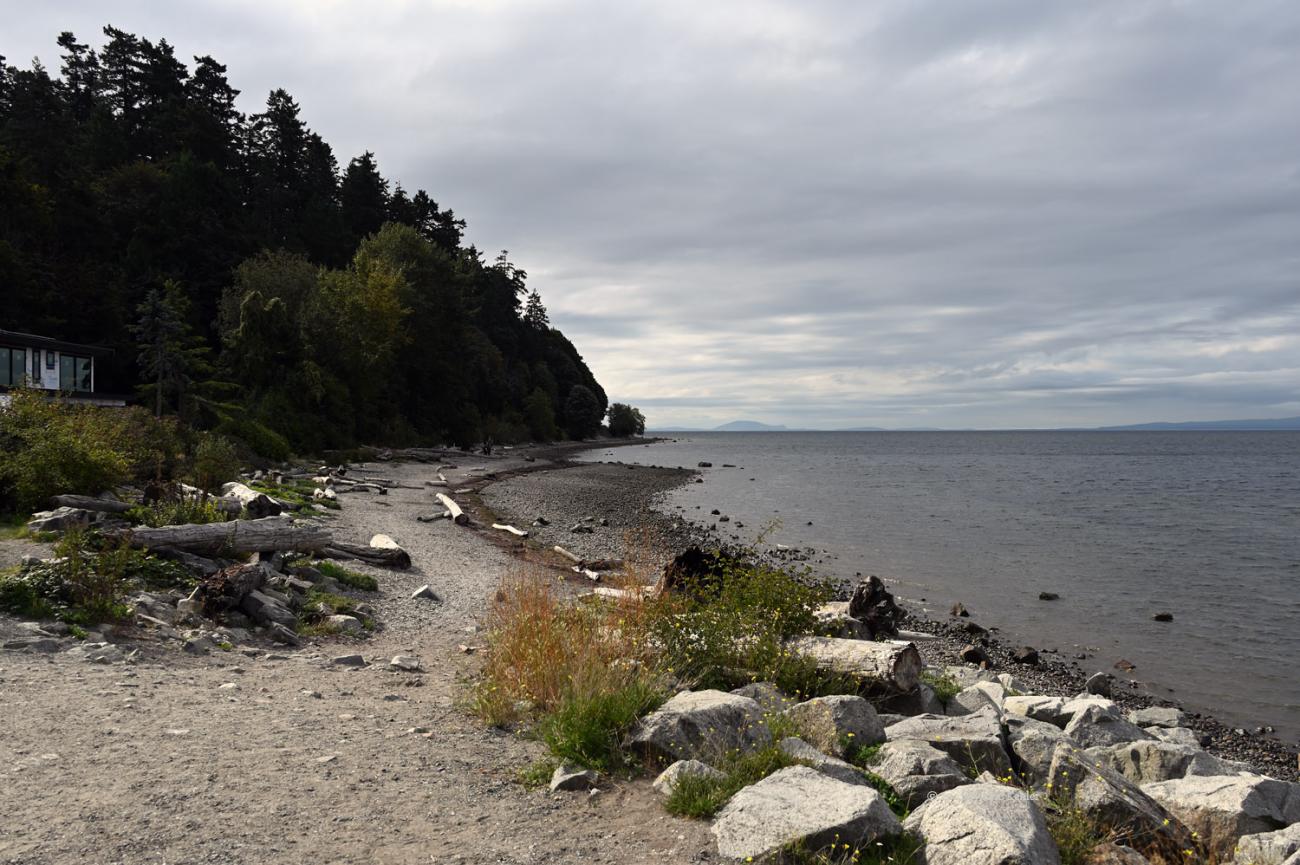 Ralph and I had been thinking about the Parks-On-The-Air (POTA) program for some time. We have greatly enjoyed the Summits-On-The-Air (SOTA). Currently for us, SOTA works best in the warmer & drier parts of the year and one is limited to hiking a summit once per calendar year. This left us the fall and winter with little on-air activity. POTA looked like it would fill the gap and provide some challenges for us. We decided to give POTA a try and so we selected a few local parks to visit.

Our first activation was to be Campbell Valley Park. I thought we could try the equestrian side for a change as it may be less crowded on a long week-end (September 6). As we didn’t have a long hike, we set out a bit later, 10am and made for coffee and then the park. The equestrian area had a small parking area with one side for cars the other for large horse trailers. As we were not hauling a horse only high-power radio gear, we opted for the car side. By the time we arrived, there were already quite a number of horse trailers parked and horses tied up near them. This area has a few picnic tables spread out in a grassy area next to the parking area lot. We selected one away from the horses and which was between large cherry trees.

Ralph set up his Buddie Pole antenna in a dipole configuration and then we went to test it only to find that his coax cable had a broken end. He would be limited to low power with his other cable as it was missing an adapter. He started calling and soon had a station in his log. I decided to set up my long wire antenna in the trees and to that end I tossed a rope up over a larger branch in the closest cherry. It took a number of tries but it was eventually up there. I then hauled up the antenna and stretched it out to the next two trees. Soon I was ready to try the set up.

Meanwhile Ralph had stopped calling having had limited success. I put out a high-power call and made a few contacts. After a half hour I let Ralph do some CW calling and he quickly filled hos log. High power was definitely more effective. Once he had the required 10, I took over and completed my 10 contacts having also managed 3 park-to-park contacts. It was a fun event and not overly tiring like a long hike. We then packed away the gear in my collapsible wagon and wheeled the gear back to the car. The new wagon worked quite nicely.

On Friday September 10, Ralph said he had a couple hours to try another park. For this one we choose the Boundary Bay Ecological area, and so we drove down to Crescent Beach. Rather than go to Blackie Spit which is its own park, we took the roads to the farthest southern point of the area and there we walked out to the beach. The wagon made for easy carrying of the equipment.  Ralph selected a nice park bench next to the walking path which had a nice view of the water. Meanwhile, I parked the car and then joined him. As we were next to the ocean, we decided to use Ralph’s Buddie Pole in a tall vertical configuration and so He started to assemble it as such. Soon it was up and rocking in the wind. Not a good situation and even though partially guyed, the wind toppled it onto the rocks.

Ralph scrambled to get the antenna upright but the damage was done.  The top most extension of the collapsible whip had been dented and was now slightly bent. It was still mostly straight so will work just fine for radio but may make it hard to collapse and store. We decided to relocate it to where we could tie it to the back of our bench to give it more support. This seemed to work well. Once secured, I finished assembling the radio and I immediately heard a station calling from Austria. It was noisy but the signal was reasonable. Unfortunately, he was also very popular and I didn’t manage to get through. I tried a few other frequencies and soon had a couple in the log. I next let Ralph do some CW contacts and he had 10 in the log after a half hour. I tried for aa few more stations but only managed 5 before Ralph’s time ran out and we had to pack up. It was a good trip and we liked the challenge. Having the POTA program makes these activations more interesting and offers us something to aim for. It should make for some cooler weather adventures to fill the gaps between summits.