Virtually a summer day, so warm and sunny but with the trees in vibrant colour
Category
Ontario Adventures
2016 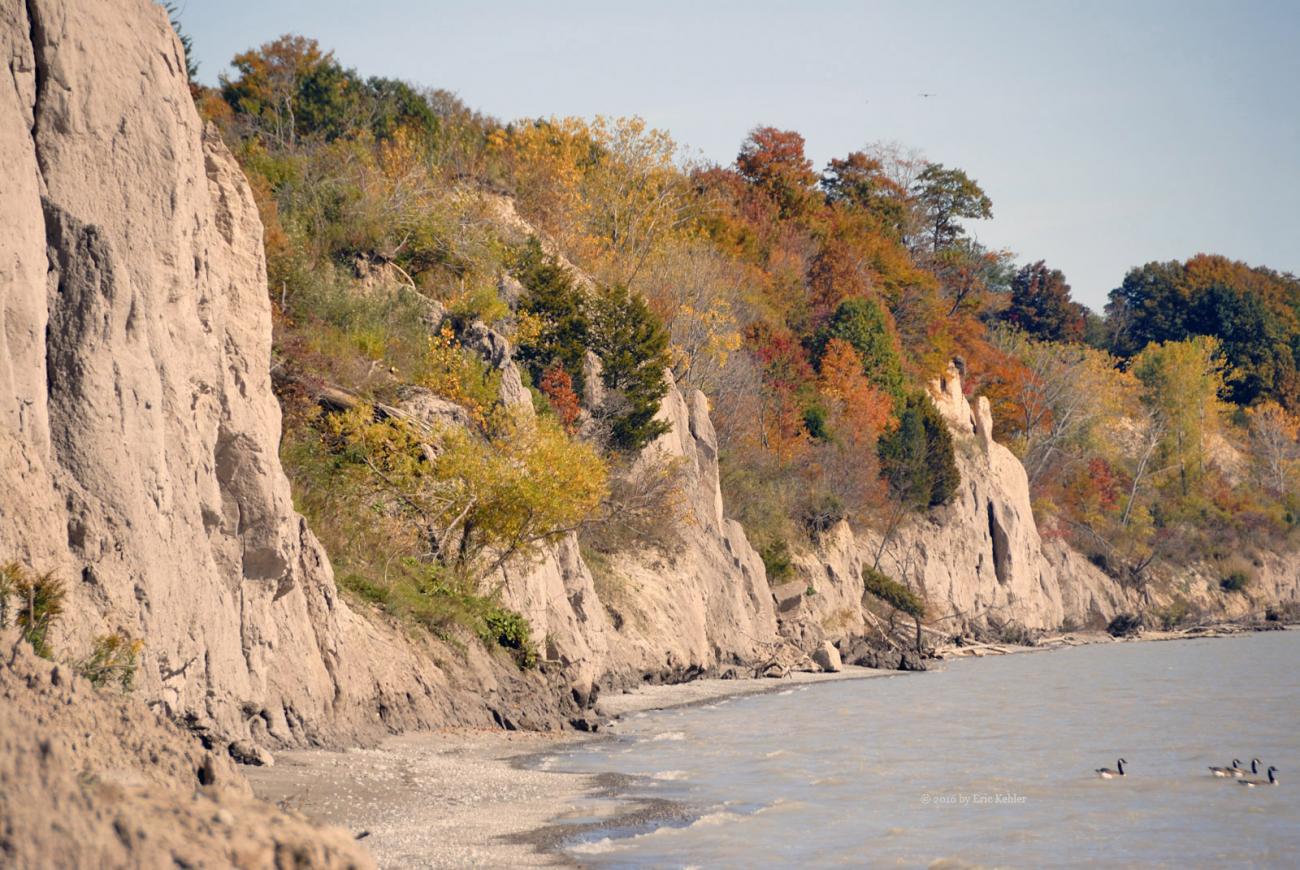 Vibrant colors were getting more and more prevalent as the week progressed. Today I spent the afternoon driving and enjoying the sights. I relaxed this morning, going only for a walk to the beach. I spent some time shooting the lift bridge for my next Christmas book as we crossed over it during the walk. I may end up featuring it.

Done with lunch, I dropped Carolyn off at the knitting shop in St. Thomas for a weekly get together. Then it was straight down Fingal Line to John Pearce Park. I wanted to revisit it in calm weather and see the contrast from the earlier windy visit. When I arrived I noticed that there were several cars parked by its gate. I started walking the road through the park and met a chap who was heading out I asked him about the track marks he said it was done by the ministry as they were planning on adding some fencing. He wasn't too happy about it.

I continued on and gathered a few photos from the cliff and then hiked down to the beach below the park where I gathered a few more. It was quite pleasant down there and I went for a bit of a walk along the shoreline below the cliff. Once done with the beach I returned to the car and drove further west. It was time to contact Ralph on the radio so I found a spot to park. I tried the repeater but found that the antenna on the roof was not strong enough so I set up the yagi on my camera tripod. It worked well and I could get into the repeater with it, only it said it was updating and not available! Quite annoying as I had forgotten to bring my list of alternates.

I packed up the radio gear and set off for Duttona Beach which I visit every trip out. I gathered some more beach shots and also a few of a small foot bridge. I then left the lake and drove a few close-by backroads gathering photos. Carolyn called to say needed to leave early so I set off to pick her up and so ended my exploration for the day.