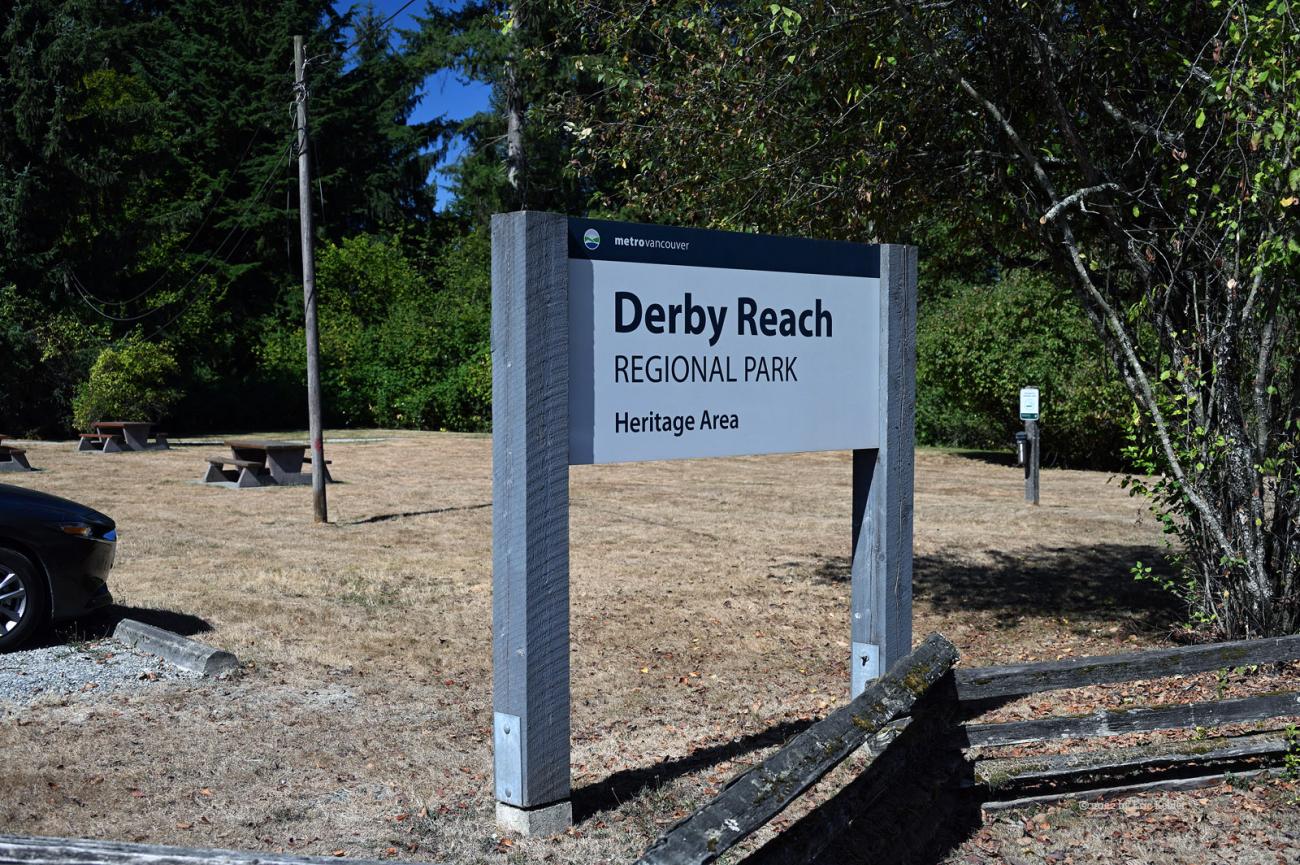 I first heard about and visited Derby Reach Park in June of this year; it was a park on my list of Parks-on-the-air locations to activate. When I was there in June, I took a bit of time to look over the historic area but then I was on to my radio for an hour to make my quota of contacts. Back then I felt the park needed another visit when I had time to just see the park and take some photos. That day came and I set out for the park.

I left the house after a quick early lunch and in a bit over a half hour I was pulling into the park parking lot. It had taken a bit longer than expected as I was delayed at a train crossing and then by some construction. But I made it in good form. I decided that for today’s adventure I would walk the Hudson Trail loop. There is a second out and back trail along the river that perhaps I will do next time. The park has a few parking lots but the main one seems to be at the historic site which is where I was. I took time to look over the various signs explaining the history of the area and the life of the pioneers who lived here – James and Mary Houston and then their son Alex.

Once done looking over some of the buildings and signs I started off on the trail. I actually started with a side trail that ends at the main Houston Trail. It made its way through an open tall grass area that was quite interesting and offered some nice photos of blown down grass moving in waves in the breeze. It also had the ubiquitous blackberry bushes encroaching the open areas. As I reached the main trail I noticed that it was broad and covered in light gravel for its full length. A nice walking trail through the trees. Being mid-week there weren’t many people on the trail but one could see the occasional reminder of an unkept dog.

I slowly made my way in a counter-clock direction stopping to gather photos as I went. The trail was mostly in the trees so no panoramic shots today but the old trees and mosses offer many lovely vignettes of beauty if one looks. Not overly far along the trail I encountered my first person. She was walking towards me and noticed me taking photos. She introduced herself as one who comes here especially when she needs to revive her spirit. She mentioned that the small side trail just up the trail leads to a small stream where there are some nice sights to see. I thanked here for the tip and turned off the main trail to check it out.

After a few minutes of walking along a very small path I came to the stream. It was barely flowing leaving mostly a muddy trickle. I could see that it would offer some nice sights when flowing a bit more. Still, the spot was quite lovely with the huge old firs draped in thick mosses and the ground sprinkled with various types of ferns. It was worth the short visit. I followed a second trail away from the stream this one went for quite a distance and it wended its way through tall grasses and bushes and clumps of stinging nettle. It eventually topped out on a rise that may be the highest point in the park. The trail continued along and eventually connected back to the main trail. It was a fun diversion and offered some close-up photos.

The main trail continued south and dropped down into a couple of small ravines that actually made the trail a bit steep in places. Fortunately, the steep grades were only for short distances. Between the two dips I spotted a bench, it was a memorial bench with a quote on it that I thought was quite noteworthy – Remember, your life expands and shrinks according to your courage – a great thought for all of us. I eventually found myself at the south parking lot. There I saw the woman again and we chatted a bit more about our love for nature and the park. I then continued along the trail as it made its way alongside a golf course and then back to the point I started. It had a couple of steep sections but they were not like climbing a mountain. It did surprise me at how hilly this area is considering we are next to the river and in the midst of some peat bogs.

For the final leg I crossed over the side trail on which I arrived at the start and followed the main route back to the historic area and my car. It seemed longer and less interesting but perhaps that was only because I was getting a bit hot and tired. Once back at the car I rested in the cool A/C for a minute before starting out. I got no further than the gate where I was stopped by a security worker. There was a film crew travelling the road in front of me. They were filming a drone sequence for a serious called Firehouse. I chatted with the security chap for a few minutes until the route was clear. Then it was off to Starbucks for a cold brew. I ended up at the same Walnut Grove Starbucks as after my last outing. The final drive home went smoothly and I felt I had had a lovely time out and visiting a very fine park.