My annual trek to top of Mckee was a month early this year, such a lovely day it was
Category
Serendipitous Discoveries
Summits on the Air
2022 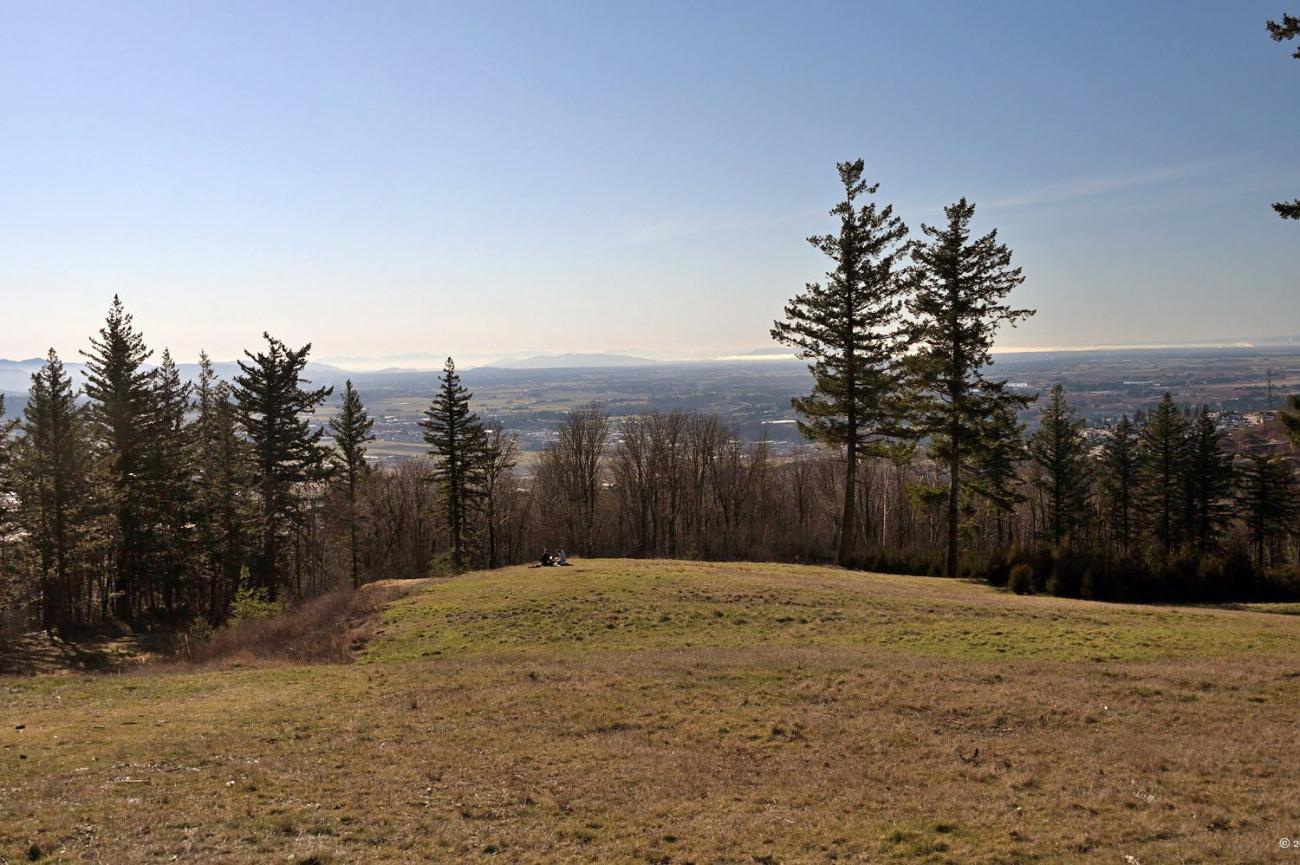 Not a high summit nor very difficult but it is still a lovely outing in the sun and the views from near the summit are quite rewarding. So once a year I set out to climb the hill and pull out my radio to make some contacts to earn a single point in the summits on the air program. It works well for me as I am not interested in doing the deep snow-covered higher summits so these small ones fill the void while I wait for the snow to melt.

So here we were in mid-February and the weather looked good for Saturday, although we just did a park the day before, Ralph was game for a hike up the slope.  So, plans were made to leave my place around 10am with the goal of being on the bands by noon. Ralph arrived at 10 and we quickly loaded up my wife’s car for a quick trip to Abbotsford. Of course, on this trip we had to made a traditional stop for a coffee. With that in hand we continued through Langley for the not too distant summit.

As we approached Whatcom Road and the overpass, we noticed a group of protestors along the side of the far on-ramp. At least they weren’t blocking traffic but it left us a bit concerned for our return trip. Otherwise, they were quite easy to ignore and get on with life. The drive up the road to our parking spot went quickly and we found an opening just down from the trail. A few minutes more and we were starting up the dirt path to the peak far above! The trail was quite dry and easy to walk which let us make good time. Having done this several times before, I didn’t bother with a map as we knew the route. A few more dirt launches for bikes had been added over the year with the corresponding pit where the dirt came from. These pits are actually a bit of a hazard and they should really take the dirt from a more spread-out area.

Soon we reached the main road trail to the summit and a few more hikers and bikers making their way to the summit. In the sun the time went by quite quickly it seemed and we were soon starting out across the wide-open grassy field near the summit. Ralph wanted to operate from the grass area, the top of which is in the activation zone, so when we reached the top end, he picked out a decent tree for his mast support and settled in. I continued up the trail to the actual summit as I felt with VHF, I would be better off with a 360 degree view. Not that I really used it.

At the top there was one chap on the bench but I was able to use the other half and soon he left. I setup the yagi by supporting it with a hole in the bench. This gave me a bit more elevation off the ground which I find does help a bit with propagation.  It was just before noon when I turned on the radio and immediately I hear a loud signal. It was a chap in a small plane flying in Puget Sound, he was using the calling frequency to make aeronautical calls. I worked him but then had to wait as he was busy on the frequency!  Being the impatient type I switched to the next higher channel and put out a call. Several chasers found me there and I soon had the 4 contacts I needed to activate the summit.

After waiting a bit, I switched back to the main channel and listened while the flier completed his calls -he had to switch back to traffic control and so he released the frequency. I then proceeded to make further calls and logged several more contacts including a Summit to Summit. I had been at for a half hour and though the sun was out at the top here, I was in some wind which was chilly. So, I decided to pack up and return to Ralph. I had just finished stowing my gear when I heard another SOTA activator calling. I had only my hand-held with its small rubber duck antenna but I responded to him and I had a second S2S in the log. Well sort-of. I didn’t have my log out and so could record the contact. I asked the distant operator if he could e-mail the specifics of the contact so I could properly log it. He agreed and so I was able to log a second S2S for the trip. I did get the e-mail the next day, which allowed me to update my written log.

Done with the summit I returned to Ralph and gathered some photos of his set up. He had also completed more than enough contacts and so while he packed up, I took a few photos. We then wandered along the top edge to the far southern side which we had never done before and there I took a few pictures of the valley below. Though not overly high, the summit area does offer lovely views to the west and north. We made our way across and down the grassy field to the trail and then made for the car. It was a very nice afternoon and several family groups were out for a picnic in the grass.

Our drive home went well, we didn’t see any more protesters alongside of the on-ramp so we made good time along the freeway. I wanted to stop at Davis meats to stock up on a few items for our freezer. We arrived in a lull between crowds and I was in and out in record time. I had one more quick stop to make – the Langley Co-op. I hadn’t been there so Ralph guided me to the store and the aisle where the electric fencing was stocked. Ralph used some portable fences for his antenna supports and I wanted one for my own use but also for stringing a fence up to keep my dog away from the apple tree! Done with our adventure for the day we made good time to almost home then we did run into the protestors! They were backed up along 176th street heading for the border. Fortunately, we were crossing it and so they impact was minimal. A good outing and a fun day of adventure.