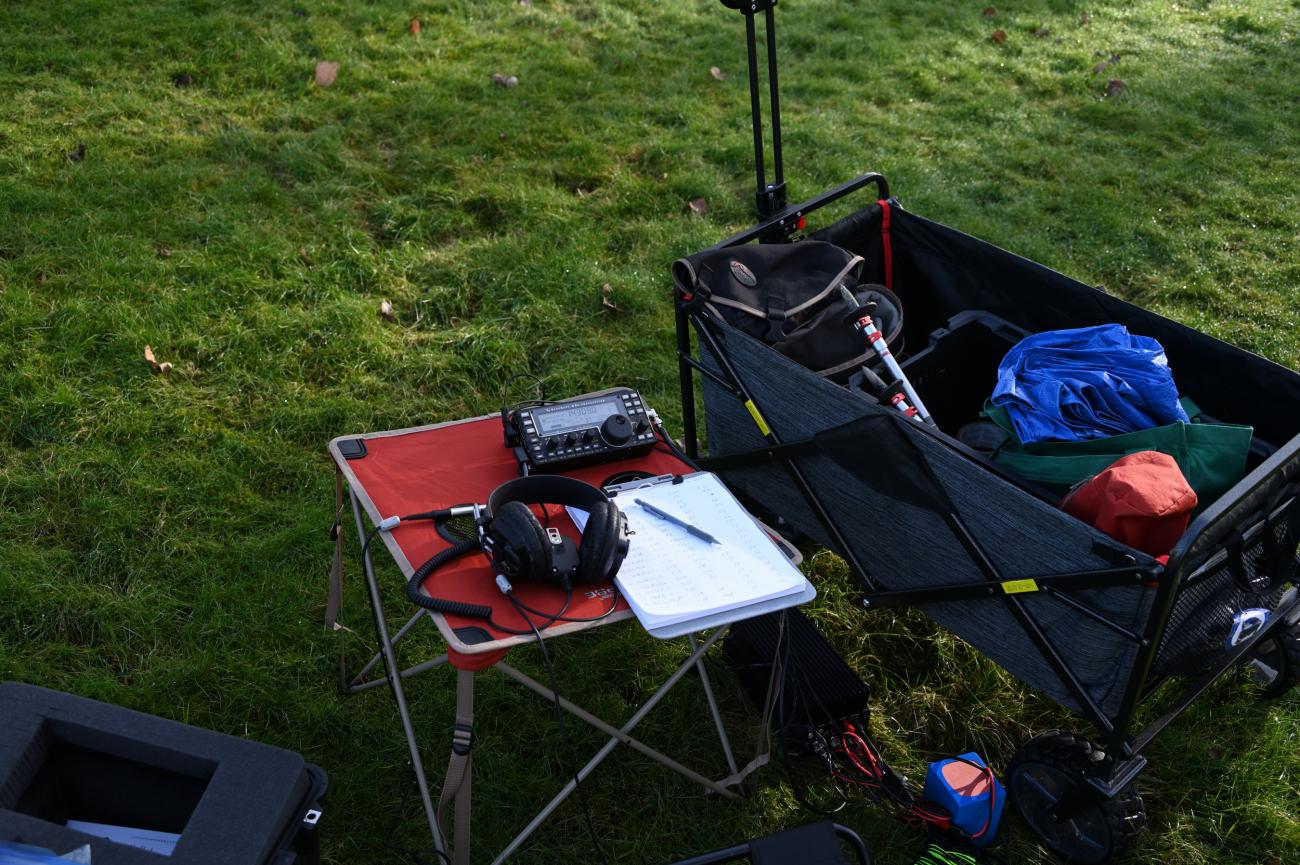 Back in October when we were first trying Parks-on-the-air we chose Sullivan Park to activate. It was a challenge reaching enough people as we didn’t know about the listing tool and so neither of us was able to get enough contacts to have the park ‘activated’. This has left us feeling a bit miffed as we had tried but failed to get the park done back then. Since that time, we have successfully activated each park we visited. So, with the knowledge on how to best operate in a park we felt it was time to redeem ourselves.

To that end Friday looked to be a pleasant day weather wise and so we decided to head out and give the park a second try. We left my house around 1pm and drove straight to the park there we scouted out a lower section of the park which had more wide-open areas. This time we had room to spread out, unlike our last park which was very tiny. Ralph found a dry spot next to a pathway. I walked a bit further to the western side and followed another path to a broad grassy area. It was a bit soggy in places and covered in heavy dew. The soggy bit I could step gingerly over but the dew soon had my shoes quite wet. Thankfully the Gore-Tex liner kept my feet dry.

I picked a site mid-field and then stretched out my antenna between a tree, my mast in the middle and a portable fence post I placed opposite the tree. It worked well and soon I had the antenna hoisted in the air and ready to connect to the radio. I listened around the 20m band for a bit and found a quiet spot I then  put out a few calls and spotted myself on the parks list. A minute later I had the first contact in the log – a chap from Arkansas. Soon I had a pile-up of stations trying to reach me. I took each in turn and before much time had passed I had stations from New York to California recorded in my log. After only 15 minutes I had logged 21 stations, far more than the minimum needed. The pile-up had quieted down so I decided to wander back to Ralph and see how he was doing.

Ralph had 13 stations logged which was also enough to complete the park. As we were both starting to getting a bit chilled even with the sun shining on us we decided to pack up and head back. I returned to my area and pulled down the antenna and wrapped it up and stowed the radio and kit into the wagon. Returning again to Ralph I helped him finish packing up and then we followed the path to the car. It is a pleasant park to operate in. Lots of open space and facilities available when needed.

I am looking forward to completing the next two parks as then I will reach the first activator level – Bronze. One must activate 10 unique parks to achieve that – not overly difficult but still, it is a fun little goal. Hopefully we will have some good weather in which I can get out and operate soon.