A short visit to Coutts Park 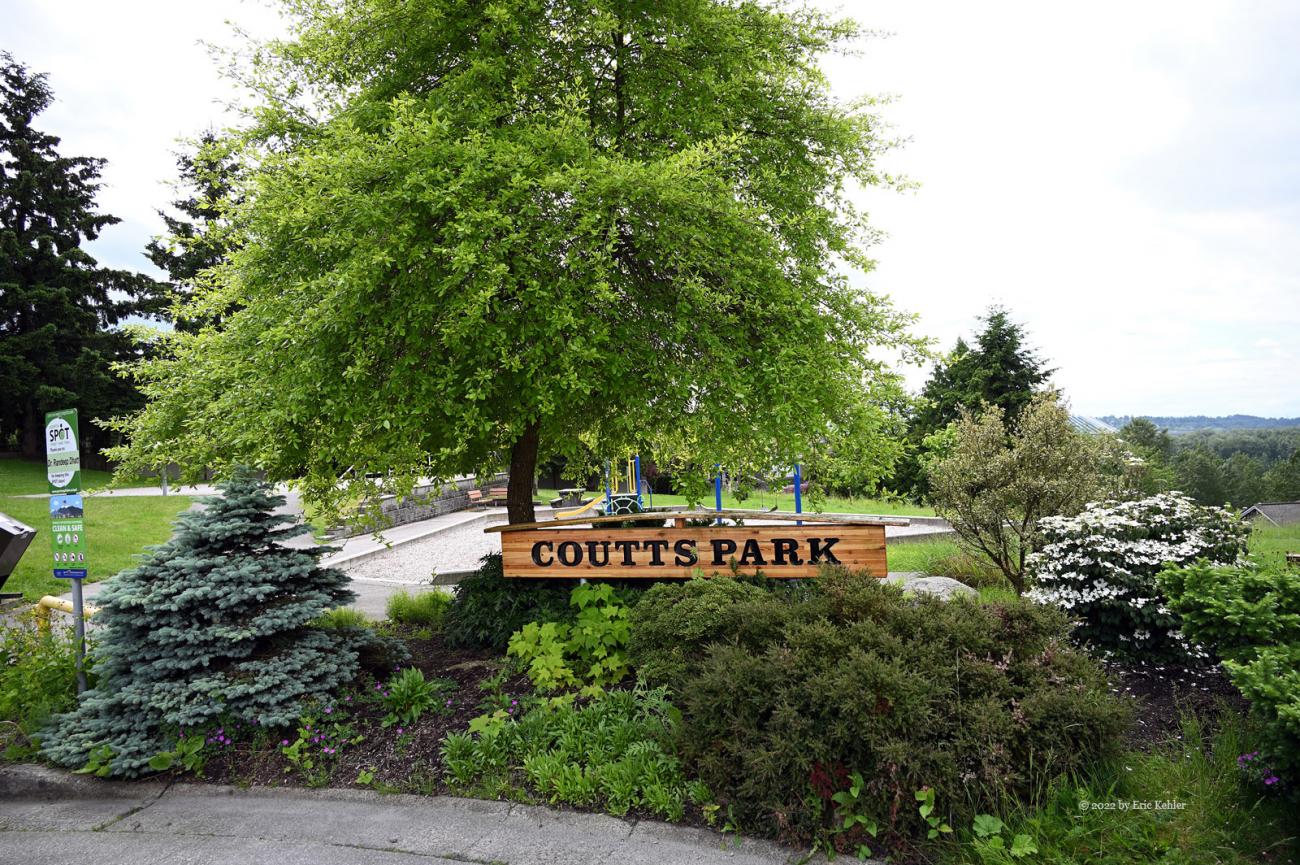 It was time for another park activation. Today I wanted to go for one in the PoCo area. I have visited a number of the smaller parks and quite enjoy exploring the area. While I was at one of the other parks in the city, a resident said that I really need to go to Coutts to see the views. So, it was an easy choice for my next visit. This park had been activated previously so I wouldn’t get a first activation but it is still new to me and I do get credit for another unique.

I had a coffee meeting in the morning so I would be getting out a bit behind my normal schedule. Fortunately, I was only about 20 minutes later than normal. I made good time along the roads and soon approached the end of the road where the park was. I parked next to the park name board and grabbed my camera for a quick walk around the area to find a good site to operate.

The park has a kids play area and a Basketball court otherwise it has a grassy area surrounded by paved walkways. There is a lower western section that is mostly weeds and emerging blackberries, perhaps one day it will be improved. The park is on a slope with the next row of houses far enough below the park level that one has a lovely view of the Fraser Valley towards Burnaby. The benches were positioned such that one can sit and enjoy a lovely sunset which I am sure would be very nice from there.

I selected a spot near the entrance where I could spread out over the grass and use a park bench as a seat. After setting up the antenna and radio I dialed in the 20m band. The noise floor was quite high and the band scratchy but I was here and so I spotted myself and started calling. After a short while I had a local station in the log. He was just across the valley in Coquitlam! Soon after I worked an Indiana station and then Texan. Things were going better than at my previous park. I even managed a station in the NWT. After around 55 minutes of operating and having logged 15 contacts I stopped to chat with a couple that had wandered by and were quite interested in my activity. We had a nice conversation about Ham radio and the parks program. As I had enough in the log I decided to pack up at this point.

While I was operating a couple of park workers came by to tend the garden area of the park. One of them was quite interested in how it all worked and what I was doing. She thought it sounded like a lot of fun. I explained the way skip works and how one can reach wide areas with the set up. Once done chatting with her, I packed away the equipment and set off for home. Hopefully I can do another of the local parks later this week, but time is rapidly approaching when the close by parks will all be done and I will need longer drives!