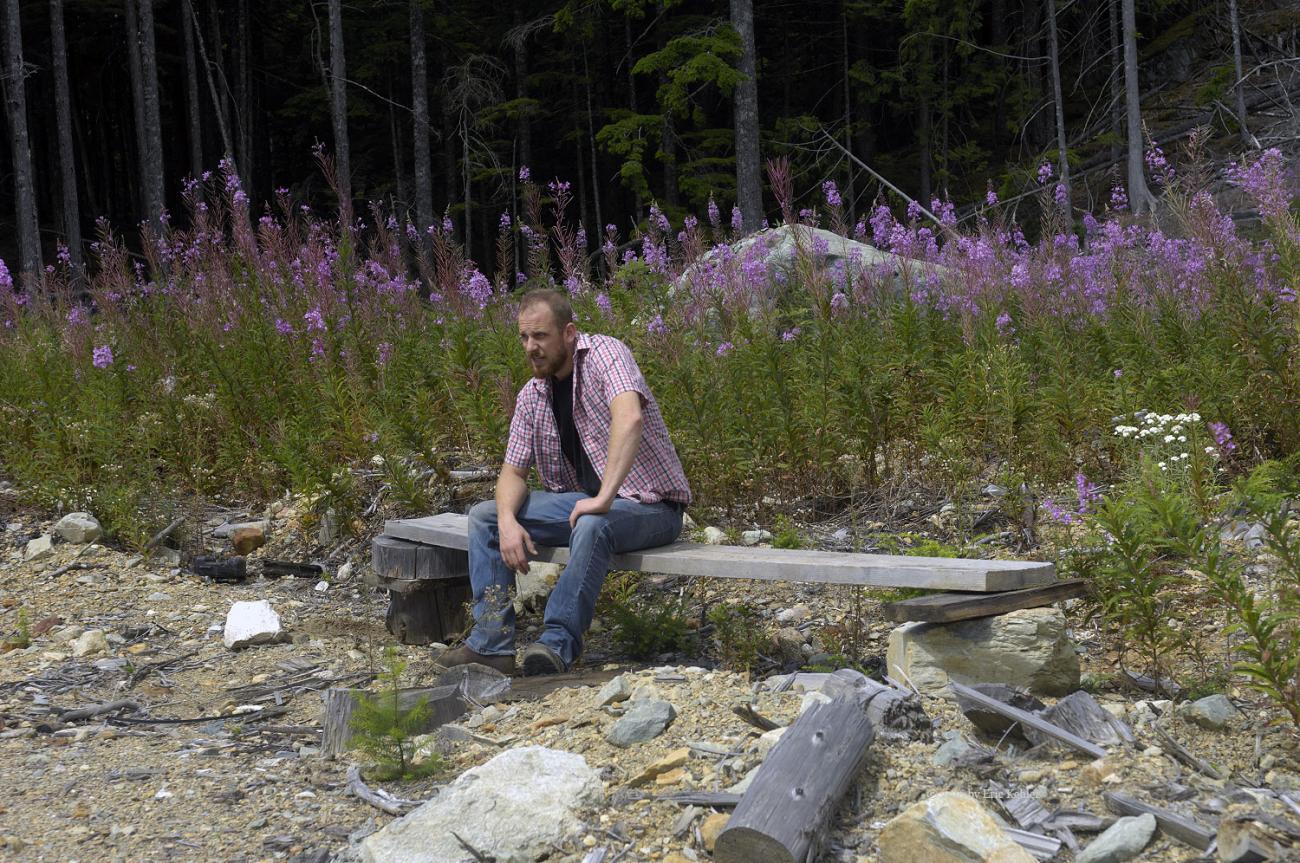 Keeping up to date with the Silver River power project has been an on-going interest for me. On our previous visit to the Silver River we explored some of the changes completed by the Power Project. I wanted to revisit the area and see how things have progressed and enjoy some of the sights that the improved roads offered. So we set off for Harrison and the east-side. The drive to the start of the logging road went smoothly. Soon we were starting up the gravel and listening to the road frequency for any activity. Now it being a long week-end we were expecting a lot of week-end campers on the road and campsites, we were not let down. Cars were inching their way along the road as they made their way to a campsite. Now one thing I have noticed about this crowd is that they really don’t understand the rules of engagement out here. Most seasoned back country drivers are all too ready to pull over and let faster vehicles pass but this crowd just hogs the road crawling along at what likely seems to them a good pace. We had to pass a few cars on the way up, I’m sure they were quite surprised at what a normal speed for out here really is.

The Bear Creek camping area was packed with campers, cars were parked alongside the road for a few kilometers, and it was even more packed when we returned. Talking with the campsite host on our way in told us that the some campers were causing issues and required some RCMP handling which was taking place when we returned. They also asked if we knew of any that could help one car owner who had shredded a tire and had no spare! Why anyone would drive up here without a spare is really beyond me. People just don’t seem to get that they are not in well supported area.

Once past the beach we encountered far fewer but still saw that most camp spots along the water were full. We made it through the Silver River log yard and past the air strip. Then we turned left off the main line and onto the Pine Service Road. This is Geoff’s favourite area for hunting. The road has been improved by the power project and we were planning on driving to the end of the new road to see what they had done for the project. We made it through all the old road and stopped to look over some of the grassy areas that Geoff really enjoys walking across during his hunting events. We then continued along the road but came to a stop where a huge log had been pulled across the road to stop travel. Now we were a bit miffed by it and considered how we would move it. Not too difficult but then we thought that it was keeping that rowdy group out and though we could winch it off we wouldn’t be able to put it back.  So since I wanted to see a fair amount of area to ay we decided to leave it for now.

We backtracked to an earlier fork which Geoff would take and we followed it to an upper area where there is an amazing view of the valley and river estuary. He really loves the spot and wanted me to see it. After gathering a few photos we turned up a second fork that he hadn’t driven before. This one continued up the slope and just kept going. The road reached the ridge of the mountain and there it opened up into a wide plain with purple wild flowers covering huge sections of the slopes. It was a very pretty spot. We drove a number of short spurs but finally found one that continued up the ridge and eventually crested it to give us the view I was hoping for, the northern end of Harrison Lake. The views were truly spectacular.

We continued north to the end of this road where we parked for lunch with a great view of the lake. Here we leveled the truck and set up my ham radio antenna on a mast supported by a new base built by Geoff that fits the trailer hitch. It worked really well at getting the antenna in the air. I then set up the radio and tried to contact the guys back home. I could hear them but unfortunately they couldn’t hear me. I will need to try again perhaps at a greater distance.

We enjoyed a nice lunch with the view and then we started back down driving a few more spurs as we descended. By now it was approaching 4pm and our time was running out. So we decided to make our way out rather than continue up the road to the next side road. I guess I will just need to get back here soon and finish the trip I had planned to do today. Though we only explored the one side road it was a great day and we both felt it was a full experience.