A Stroll Through Blackie Spit 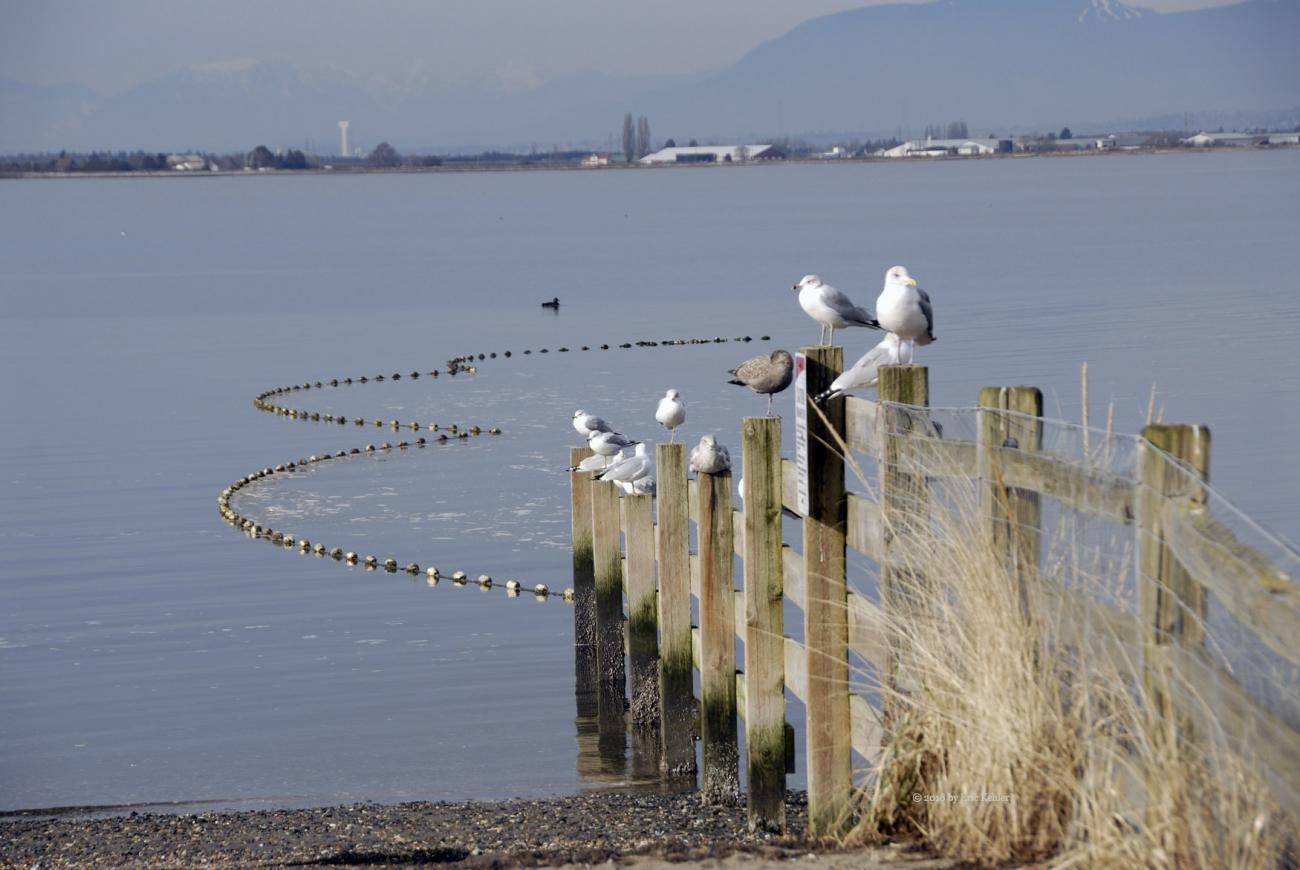 It being Tuesday afternoon, the crowds were absent during our visit to the Spit. Normally when one comes on a week-end the parking lot can be quite full and the place crowded with people everywhere. Today, the lot had only a few cars and the beach mainly left to the wild birds. It was a nice time to visit even though the sky was overcast and the light a bit dull for photos.

Upon our arrival to the spit area and just past the last of the parking area the first sight I found were some one legged gulls standing on the ground watching me very closely. Here they actually let one get fairly close before they move on. I saw a few of these funny one-legged birds but then when one of them did decide to move another leg popped out of nowhere and the bird wandered off just to turn back facing me and tuck the same leg out of sight.

Continuing past the first gulls we wandered to the end of the spit and enjoyed some of the fresh air. Then we followed a secondary trail back to the lot. Here we noticed a fair number of orange flags marking clumps of grasses scattered throughout the area. I assume they marked nests though none were occupied at the time. Nick and I continued along the edge of the lot to the far eastern section of the spit area, here we stopped to gather photos of more birds and trees as we made a leisurely stroll along the trails. We noticed that several of the larger brass plaques were missing from the rocks to which they had been attached. It is so annoying that copper thieves even steal brass plaques from parks.

Nick gathered a number of photos of an old pier structure in the marsh and then we made our way back along the dog park where we watched one energetic medium sized hound running and frolicking in the area. He was having a good time running to and away from his guardian. Soon we were back at the parking lot but we were not done with our need to be here so we continued along the beach to the old pier and wandered out to its end. There we watched a number of people fishing in the river. One chap had just landed a medium sized flounder, he was about to toss it back when one of the other families asked if they could keep it for their dinner. The fish was passed over and soon disappeared into a bag for later consumption.

We continued our walk along the beach path noticing a number of stray mittens and gloves propped up on various rocks and trees. It seems that despite the efforts of parents to keep their children warm, the young ones lose their gloves at a regular rate. One even had a safety strap to prevent it being lost! Once we reached the point that forms the western most tip of Crescent Beach we turned back and wandered amongst the trees and beach sand stopping to view some new construction. We observed that some homes were built up and others right at ground level. Nick pointed out that these homes were only about a meter above high tide, a coming challenge with global warming.

Soon we were back to the car a bit chilled and definitely in need of a warm drink. One thing both Nick and I Like about coming here is that just at the top of the slope above the beach is Esquires Coffee shop. Now perhaps just ordinary in coffee but their hot chocolate is very nice, so Nick had one and I a Moca. A very pleasant end to our outing at the Spit.