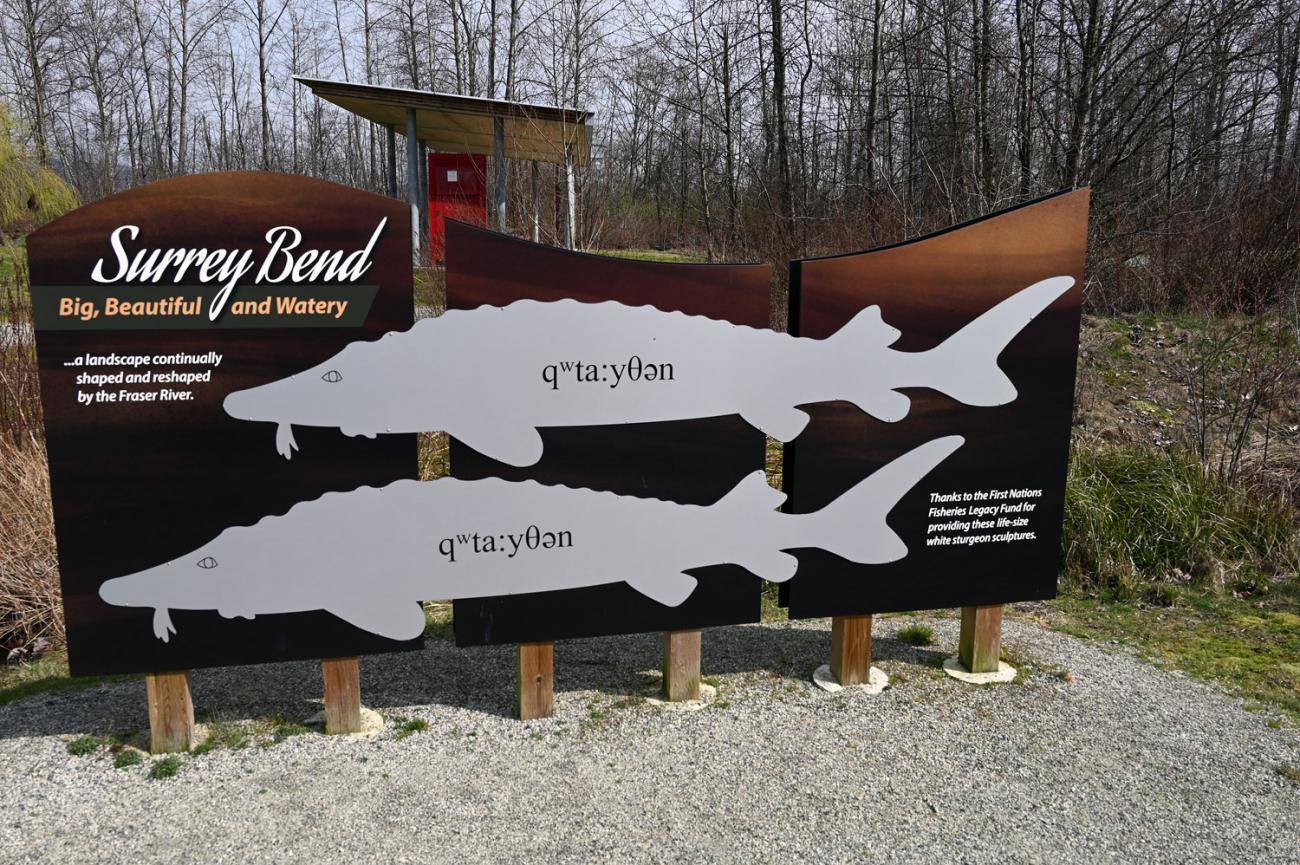 It had been most of week of poor weather since we last were able to get outside and play with our radios. So, on this first day of nice weather, we jumped at the chance to get out. Ralph and I had planned to try the Bend Park next as it was right at the far north end of 176th Street. It was very easy to find and drive to and it was fairly big and well developed so we could have lots of park to spread out.

Ralph arrived at my house at 12:30 and we made for the park first stopping for a coffee. We had no issues on the road making good time through Cloverdale and along the highway. Soon we were pulling into the park entrance which was just a few hundred meters before the Barnston Ferry Terminal. The parking lot for the park is quite large so I suspect it receives quite a number of visitors on warm week-ends. Today it was mostly empty and I was able to park in perhaps the closest spot to the main entrance!

Once we had parked, we scouted the area looking for two places where we could set up and not interfere with each other. I selected a picnic table closest to the car park, Ralph saw a distant table and decided to use it for the day. Having selected our locations, we returned to the car and loaded the wagon. As I was closest, we came by my table and I unloaded my gear then said goodbye to Ralph who made for the distant table. I selected a spot for the antenna and proceeded to raise it. The north end was secured by some brush and the south end by one of my fence posts. I then set up the radio and dialed in 15m. The band was quiet with only a couple frequencies in use; I selected one and spotted myself.

Soon I had 3 stations in the log from Ohio, Tennessee and Arkansas but then there was nothing. After almost 10 minutes of calling, I decided to switch to 20m. Now this band was busy and I hunted for an open frequency. My first station on 20m was with a chap in another park outside of Baltimore. Over the next half hour, I worked another 19 stations from New York to California. In fact, 7 were from California including one that was 20 over on the meter.

Mid-way through the stream of contacts a visitor came by to introduce himself. He was a ham from Manitoba that was staying in Crescent Beach during the cold winter months. We had a short chat during which time my mast fell over. I was able to get it back up and rebalanced. He was interested in the antenna I was using as all he had was a G5RV. He soon returned to his bike and was off, I then completed a few last contacts. I tried to get a park in Texas but the pile-up was too big, a Puerto Rico station called him which was strong and I am sure I could have worked him had it been my frequency. Alas it slipped by.

Having more than enough contacts, I stopped to get some photos in the camera after which Ralph returned having completed only a few more than the needed 10 contacts. He was having a rough go of it with CW. It does seem that POTA is more phone whereas SOTA is more CW. Fortunately we both completed the park and were ready to head home. I packed up and we set off for the car. It had been a lovely warm hour in the sun. We stopped for a drink at our regular Starbucks and then made for home.

Just inside my sub-division we passed three police cars stopped next to a house. When Ralph drove back past them he noticed a chap in cuffs being loaded into a car. I guess my neighbourhood has its challenges after all. At least it added something new to today’s adventure. Now to plan the next one.