A Visit to Discovery Town Park

This small park in north Langley was yet to have its first radio activation, I thought I could remedy that
Category
Parks on the Air
2022 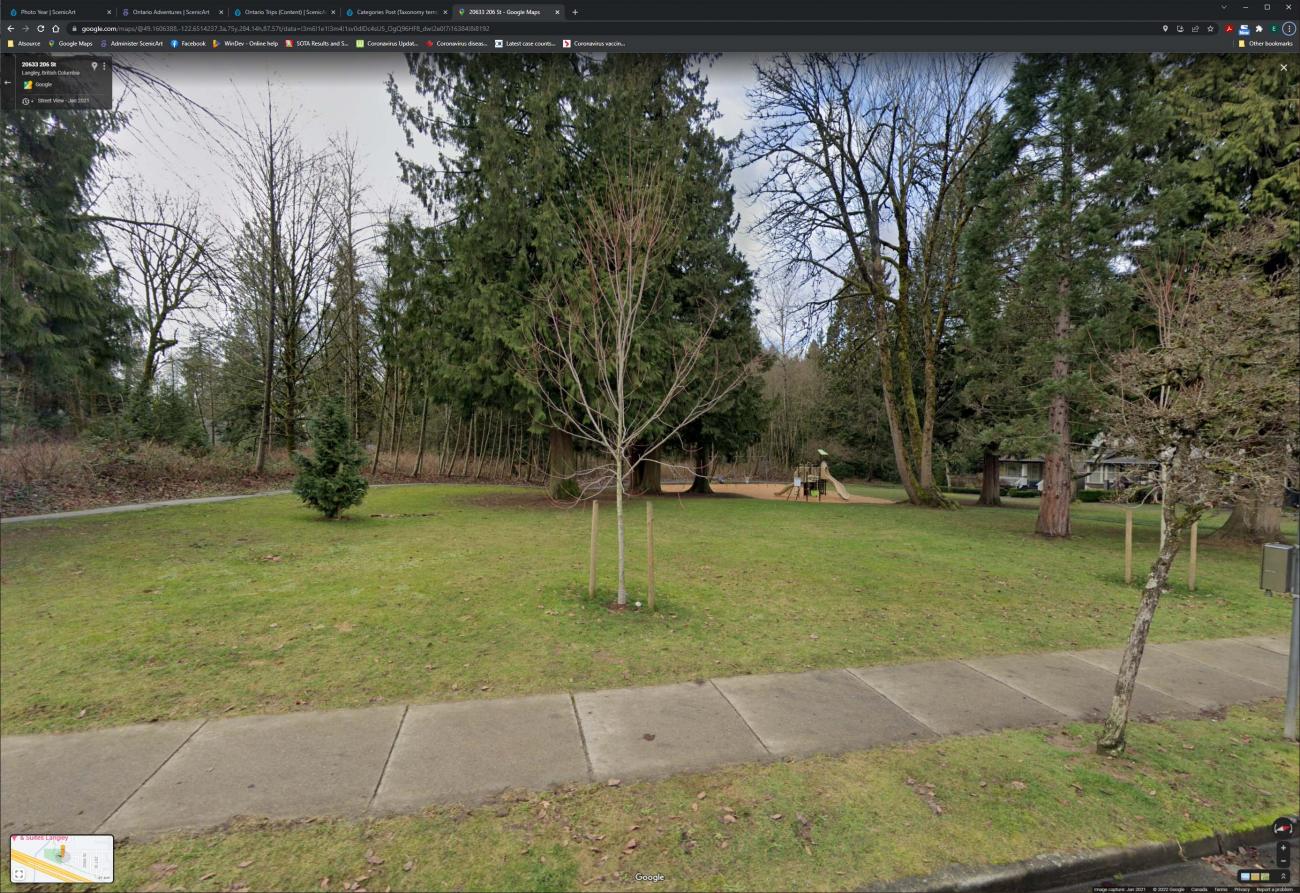 In planning my week, it looked like Wednesday and Friday would be decent weather-wise and as Ralph had asked to do a park together on Friday, I thought I could do this small one on Wednesday. Having the freedom to up and go sure makes life more flexible and so come Wednesday I began the day with a walk in Campbell Valley Park with my dog Quigley and then after a pleasant light lunch at home I packed my radio gear into the car and made for north Langley.

The drive went smoothly, I managed to drive some roads I hadn’t been on in many years, so that was an adventure in itself. The housing growth is spreading out everywhere not just my local area – so annoying. It seems that roads are far from keeping pace with the volumes. The drive through some new sub-divisions saw the road as chewed up as the local ones! I eventually made my way to 200th, under the freeway and then onto 88th where I drove a short distance east to 206. The park was at the end of this short road.

I arrived at the park and parked the car on the opposite side. Then after loading up my cart, I walked to the open park area and planned out my antenna placement. There was a nice tree for the north end but the south side was to close so for that I used my ski-pole and soon I had the wire in the air. After setting up my table and radio I found a frequency on 15m and spotted myself on the website. It was slow going on 15 and after 20 minutes I had only 5 contacts. They were quite spread out – from Alaska to Texas and Wisconsin. I was reaching people but I felt it was time to get serious and so I moved to 20m.

On 20 I looked for an open frequency as the band was occupied unlike 15. Once I had a frequency I started calling and I again spotted my new frequency on the site. I was soon dealing with small pile-ups of stations trying to work me. My first contacts on 20 were from North Dakota and Ontario.  Soon I had New York and Arizona to California in the log. After 15 minutes I had a further 14 contacts completed and so when the pace relaxed I decided to pack up. My final call was with a BC station not even a mile from my location!  I was definitely reaching the continent!

While working 15m a chap who lives beside the park came by to see how I was making out. He was a bit familiar with amateur radio but not parks-on-the-air. He found the idea quite interesting. We ended up chatting about the joy of living right next to the park where one can walk off the veranda right onto the park grass. So nice for the space and the playground was great for the grand-kids. He quite liked the location and having the city mow his lawn. The only negative was the road noise from the freeway hidden just behind some bushes and a fence. He said that he no longer notices the noise

Done with radio, I quickly packed up the gear and soon I had it loaded into the car. The drive back home followed the route I took in getting there. I made good time as I was still a bit before the rush hour but I did notice more cars on the road than when I came. The adventure was a pleasant one, though I only thought about taking a photo when I was half way home! I will need to grab a Google Street view image to show the location.  There are a number of additional parks near this one so I will be back in the area before long.