A visit to Maple Park 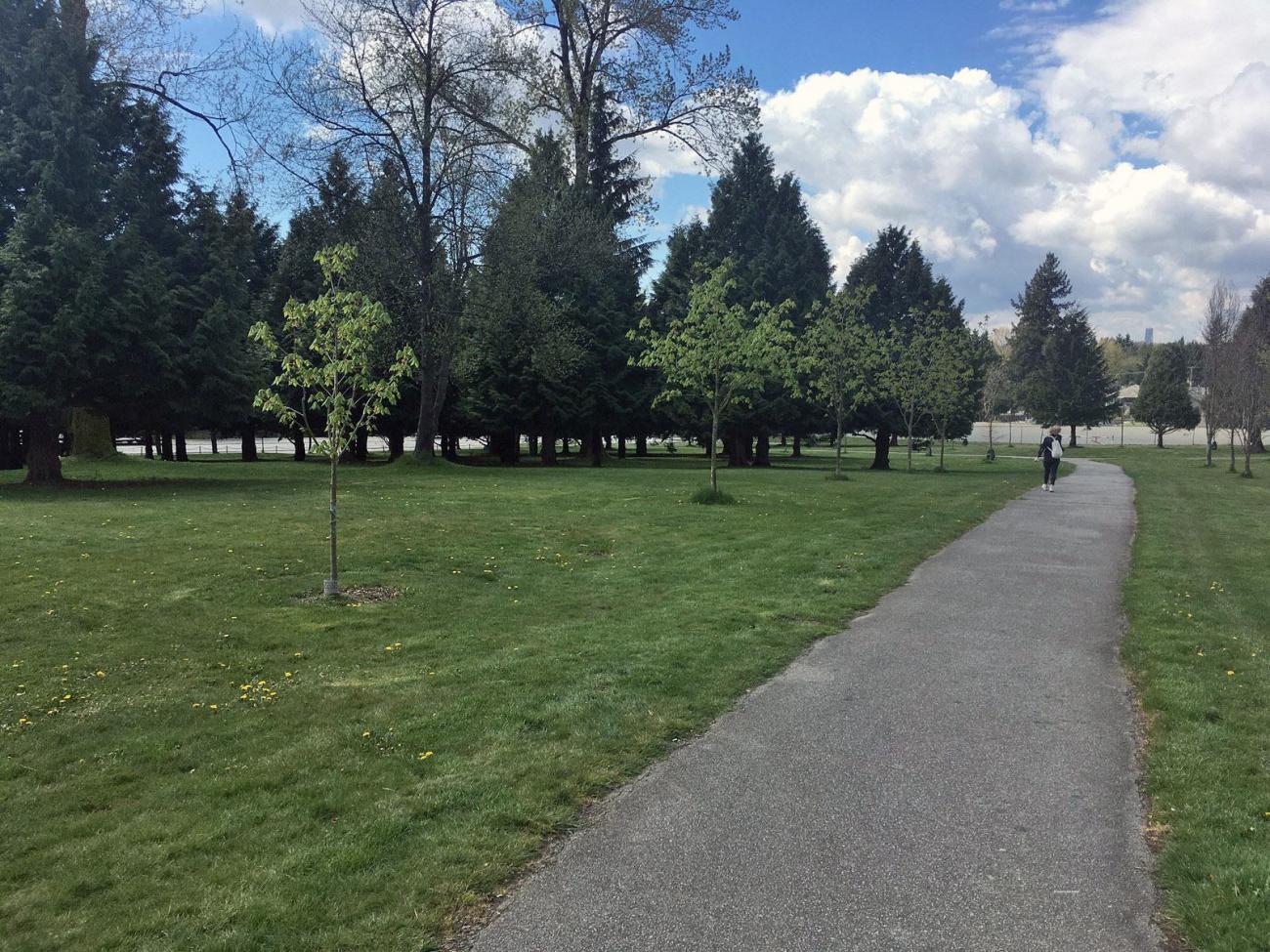 It has been a wet week. So come a nice day on Friday, we took the time to explore a new park and play with our radios on it. Maple Park is in the eastern Fleetwood area and is actually a fairly large space. The main area of the park is a wide-open field. In its middle is a strip of artificial turf. What the turf area is supposed to be used for was something neither of us could confirm. On the south end are many trees, a plaque describes it as having had 550 trees planted in 2019 to commemorate the founder of Sikhism 550 years ago. They form a nice shaded area. I found a pair of park benches that would be a good spot to set up at.

Once Ralph and I finished scouting the area and selecting spots to operate in, we returned to the car and loaded the cart to carry the gear. We dropped Ralph and his gear at the north end and then I made my way to the benches. I soon had my table set up and then the antenna. It I stretched from the path way north-east into the open area. Soon I had all ready and I dialed in the 15m band. It seemed very quiet. I picked a frequency and started calling and spotted myself. No one was responding. I kept it up for a few minutes and finally had a station respond from Wisconsin. Then it was dead. I decided to move to the 20m band.

On 20m there were a number of stations coming in loudly and many quiet ones just above the noise. It was a bit of a challenge finding a frequency to work at. I eventually found an opening and settled in near the top end of the band. It took awhile but then I got a response from a Colorado station. I was beginning to think I wouldn’t get the needed 10 contacts. Fortunately, a California station followed fairly soon and then 2 more. I was now feeling a bit better being half way there. But now things quieted down again. I could hear a loud station a couple of kilohertz up band and it was causing some interference so I moved down 1KHz. That move seemed to help and I next had a regular from Arkansas in the log. I got a few more one per minute and now I had the needed 10 contacts.

It felt good getting the needed number but I really wanted a few more in case some of the call signs were misheard. The next couple were harder to get in the log as I was having more trouble hearing the stations through the background noise. But I did manage two more. As it was starting to get on in time, I called Ralph on my HT and arranged for a few more minutes. I did work one additional station, so I finished with 13 in the log. Not great but it got the job done. I packed up the equipment and made for Ralph. He was already at the car so I went straight there and we were soon on our way home.

The drive home had one backup on 152nd Street due to a stalled car. I was amazed at how many cars got backed up due to that one lane constriction. That road really does carry an inordinate amount of traffic. We stopped for a Starbucks coffee before heading home, there we planned our mountain hike for tomorrow. As the weather looks wet next week, it may be another week before we get out for another park adventure. It was a pleasant day, fairly warm in the sun and the area was quite pleasant. A few groups were out walking or exercising their dogs. Two walkers stopped by briefly to ask about my activity but no serious interest today.