A visit to Uplands Park 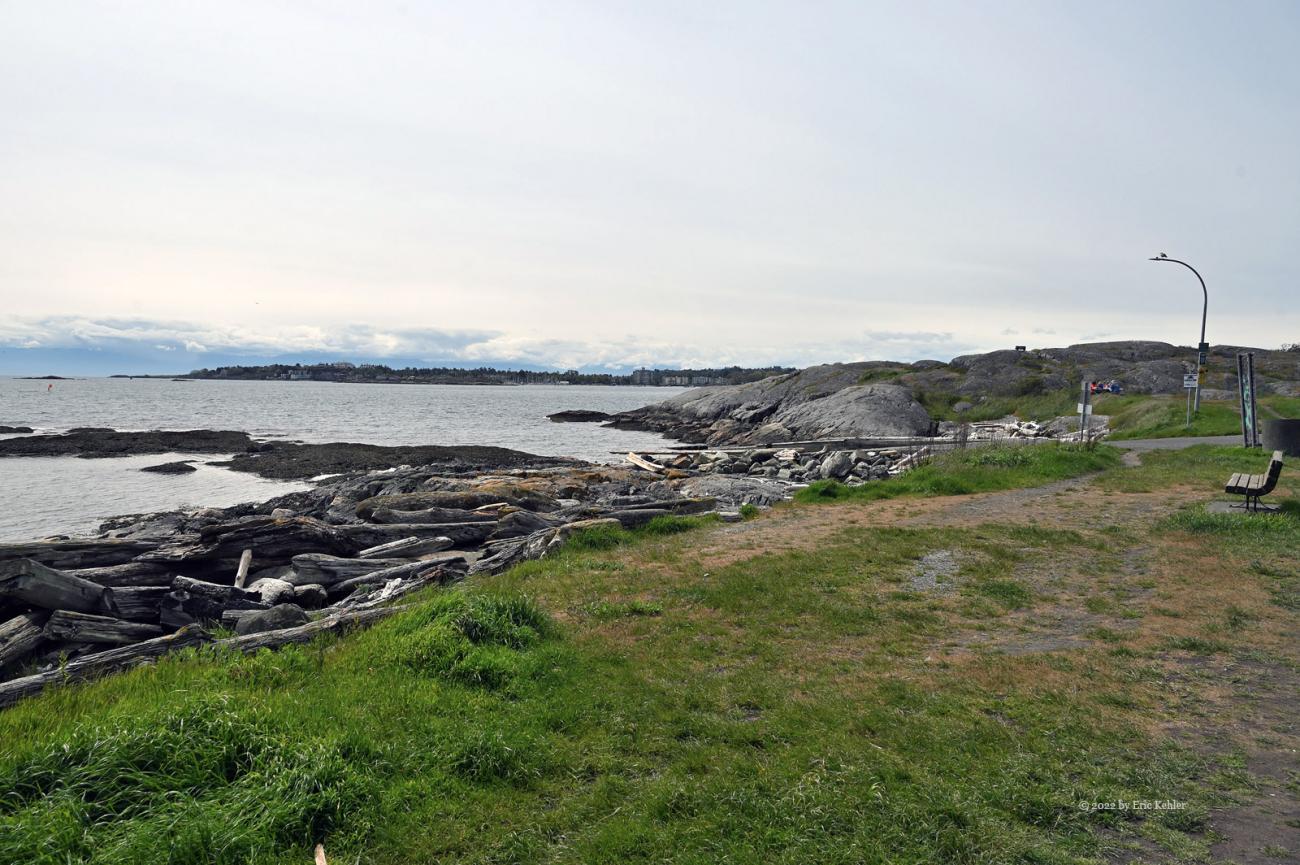 My goal on this trip to Victoria was to get in two summits and two parks. Uplands would be my second park. It was new on the list though has been heavily activated by a local ham. It would still be another unique for me and I was looking forward to visiting the park and enjoying some fresh air while talking to the world. I didn’t want to go too early so I waited until after 12 to set out. It was a fast trip to Oak Bay and then along the waterfront to the park. There was a lot of available parking there this afternoon and I was able to select a spot next to a grassy area.

Having selected a spot to park and operate, I then scouted the grass to decide the best placement of the mast and antenna. The ground is quite rocky so not all locations would work. Eventually I decided on the placement so that the antenna would face the south-east and allow me to run the coax into the car. I was able to get the antenna set up quite quickly and then I ran the coax into the car. I decided to operate in the back seat again as it was protected from the wind and offered a reasonable seating arrangement.

I was soon scanning the band for a free area. It was quite busy and the car did create birdies across the band leaving me wide gaps but it still restricted my choices somewhat. The car did raise the noise level so it won’t be my regular way to operate. Having settled on a frequency I started calling and spotted myself. I soon had 4 stations in the log but then a Florida station came on the frequency. They couldn’t hear me though they were quite loud to me. He checked to see of the frequency was in use and though I tried to tell him it was he never heard. Even one of my worked stations tried telling him. It was no use and he took over the frequency. So I moved up band a few KHz. Not the end of the world but it was annoying.

I started calling again and was getting a few more in the log. Things were going better than at Beacon Hill. But I seemed to have reached a dead period with no action. I glanced out the window and noticed that the mast had fallen over and the dipole was laying on the grass. Not sure how long it had been down but io may explain the last two weak reports. I set it back up and went back to work. A few more stations came by including a park-to-park. As I had more than enough, I decided to call it at that point but I did notice a park on the spot list just up band so I dialed it in and heard him quite strongly. I called saying park-to-park and he picked me up right a way! So I ended with a nice contact and set about packing up the gear.

Done with the park activation I drove back to Oak Bay to spend some time with my cousin Jim who lives there and recently injured his leg which needed surgery to repair. He was barely mobile but we did get out for a coffee. A pleasant afternoon and a nice visit to the park. I need to return to just walk the many trails.