I have lived beside the eastern shore of Boundary Bay for 50+ years, it was time to see it from the western side.
Category
Serendipitous Discoveries
Parks on the Air
Coastal Views
2021 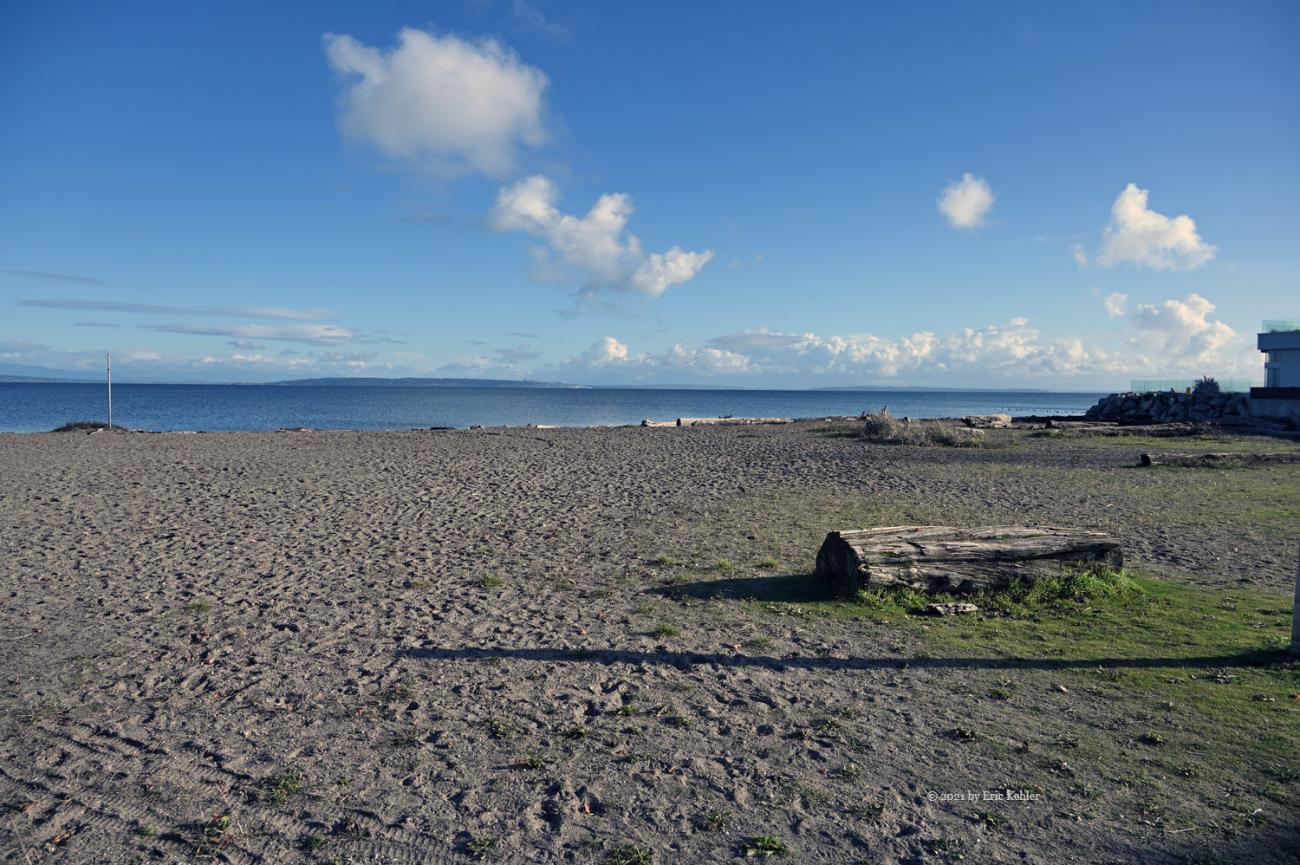 Now that I have more time freedom with my partial retirement, I felt it was time to do more exploring and radio operating. As my friend Ralph is in a similar situation, we are constantly looking for good days on which to drive somewhere and operate our radios. Normally it has been to a summit but in winter we are both hesitant to hike in the snow. Fortunately, there is another program that works, Parks-on-the-air. So now we just need to get to a park on the list.  Boundary Bay Wildlife Refuge is on the list and since I have wanted to see it from the other side, we chose to redo that park. Wednesday Dec 8 was a lovely sunny day and so we planned our adventure.

Now the nice thing with parks-on-the-air (POTA) is that you can drive to the site and even operate out of your car if it is within the park. We checked the maps and selected a site near the parking lot. It would involve a short walk across the sandy beach to a log. So far so good, but as we are in Tsawwassen, we decided to eat out for lunch first. And so, our outing began with a stop at the Tsawwassen White Spot.

Done with lunch we drove 12 Ave to the park and followed the road south to the entrance, from there we made our way to the southern most parking area and with it being mid-week, the best parking spots were still open and we picked one close to the beach. Once parked, we transferred our gear to the cart and started across the sand. I noticed a nice lifeguard sign mid-beach. I thought it would make a good ‘tree’ to support our antennas and so we set out for it and there we settled in to hoist our antennas into the sky.

Ralph was using his home-made wire dipole for this trip; he was soon untangling the wire to stretch it out. I set up my 2m yagi like I do for SOTA and soon was calling for locals. I managed 5 but then it dried up. Being lower than a summit my coverage was not very good. Well, I was only half way to the needed 10 contacts. So, I decided to set up my HF radio and antenna. Using the ‘tree’ I strung up my OCF wire and as Ralph was now done with 30 contacts, I started making my calls. Very soon I had a pile-up of people wanting to contact me. All across the continent, California to New York and Quebec. Sometimes it was hard to pick out a station from the cacophony of callsigns.  15 minutes later I had 22 more contacts and so I called it done and packed up.

During this time, I enjoyed the warmish sun in the blue sky and marveled at the sights of the bay from the west side. One can see Crescent Beach in the distance and even the tall towers in White Rock appearing above the trees. Looking north the high-rises of New West and Surrey loomed above the horizon. It was a lovely spot and the day was excellent for the event. Done with Radios we packed up. Ralph wanted to view the north end of the park and so we drove back to 12th avenue and parked at the side of the park. Here we followed the walkway east along the northern boundary of the regional park that shares the name with the refuge. It soon turns south to where we had been earlier but here, we stopped. It offers some nice benches along the shoreline but is a further walk and has less space to spread out the gear.

We returned to the car and made our way home only to be slowed down by an accident on the freeway. We eventually got past the dump truck that was straddling the concrete barrier! A nice adventure for a lovely day, now to find the next park and a sunny day.